The COMPETES Act of 2022 promises a competitive edge over China, but is it worth it? 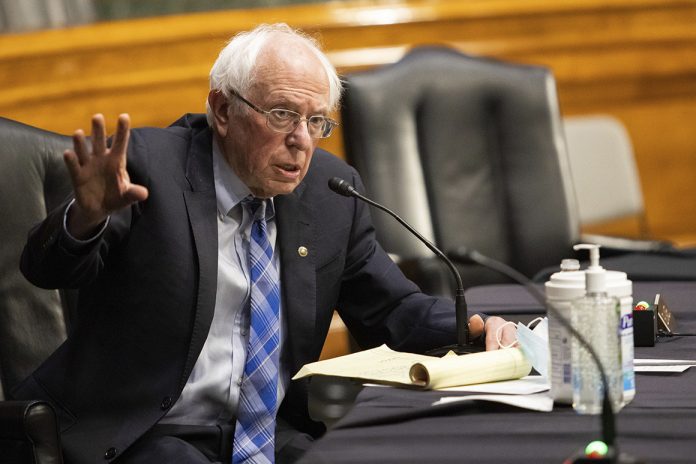 Senator Sanders (D-VT) took the stand to criticize provisions of the Creating Opportunities for Manufacturing, Preeminence in Technology, and Economic Strength (COMPETES) Act of 2022, which would allocate “$53 billion in corporate welfare to the microchip industry,” as well as “$10 billion in bailout to Jeff Bezos.. so that his company, Blue Origin, can launch a rocket ship to the moon.”

It makes zero sense to provide $53 billion in corporate welfare to the microchip industry and give $10 billion to Jeff Bezos so he can go to the moon.

I know it is a radical concept, but maybe the government might want to work for working class Americans, not the billionaires. pic.twitter.com/tauhjgmNsl

This legislation, which passed the House of Representatives on February 4 with bipartisan support and is currently being considered by the Senate, aims to distribute multi-billion dollar investments of taxpayer funds towards research, technological innovation, and American manufacturing with the expressed purpose of ensuring “that America can outcompete any nation in the world, now and for decades to come.”

The package would allocate $45 billion in funding to improve debilitated supply chains, as well as upwards of $50 billion in funding to incentivize private-sector investments in domestic semiconductor fabrication. It has been made clear that this legislation is largely motivated by a desire to encourage “continued American leadership” and economic competition on the world stage. In a statement supporting the bill after its success in the House, Biden directly referenced China.

“I’m heartened by Congress’ bipartisan work so far, and its commitment to quick action to get this to my desk as soon as possible. Together, we have an opportunity to show China and the rest of the world that the 21st century will be the American century – forged by the ingenuity and hard work of our innovators, workers, and businesses.

Competition with China and its rising semiconductor industry is a clear motivation for the COMPETES Act of 2022, which is why the legislation also includes provisions formally reiterating the U.S. commitment to Taiwan as a “vital” part of U.S. interests and policy in the Indo-Pacific. This prompted immediate criticism from the National People’s Congress, China’s top legislative body, which denounced the “Cold-War mentality” bill as being intended to “curb and suppress China” while “violating the One-China principle and the three China-U.S. Joint Communiqués.”

As Sanders statements reveal, the bill is also facing criticism at home – albeit for very different reasons.

“Today, while the working class of this country is struggling with higher gas prices, higher food prices, and higher housing prices, the billionaire class and large corporations are doing phenomenally well and, in fact, have never, ever had it so good. The American people want Congress to address corporate greed and make certain that the wealthiest people and most profitable corporations pay their fair share of taxes. And yet, this week, right now, what are we debating here on the floor of the Senate? We are debating legislation to provide some $53 billion in corporate welfare with no strings attached to the highly profitable microchip industry.”

Sanders subsequently introduced two amendments to the bill. The first would prevent microchip companies from receiving taxpayer funding unless they issued warrants or equity stakes to the federal government. “In other words, all this amendment says is that if these companies want taxpayer assistance, we are not going to socialize all of the risks and privatize all of the profits.” The second amendment would strike the $10 billion for Jeff Bezos, with Sanders stating “If Mr. Bezos wants to go to the moon, let him use his own money, not the taxpayers’.”

Despite the disparate opposition both at home and abroad, the COMPETES Act currently retains broad bipartisan support. However, Sanders’ criticisms raise the question of whether or not it is justified that taxpayers, already burdened by increased costs of living and other hardships, should foot the bill for American corporations struggling to compete with China.