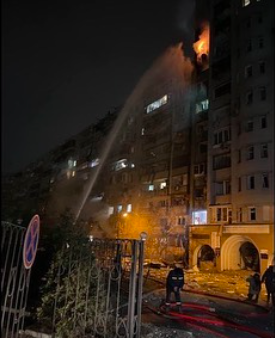 There have been many conflicting reports as to what exactly was shot down over Kyiv at around 0430 local time on February 24th. Ukrainian Interior Ministry sources say it was an unspecified Russian aircraft while others suggest it was a missile. CNN is reporting that it was a Ukrainian aircraft downed by a Russian SAM, in which they cited unnamed Ukrainian defense officials. 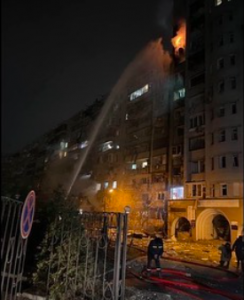 Information at the moment leaning more towards aircraft than missiles, but it’s still not 100% confirmed. Whatever it was that was shot down appeared to have crashed into a residential area and struck an apartment building, but this was also reported as a potential missile strike.  The people of Kyiv will have to adjust to the uncertainty that will come their way in the coming days and weeks ahead. Putin and his forces are continuing their assault in various regions across Ukraine, but Kyiv will be the epicenter of the struggle to come.

Ukraine’s command and control are still intact as well, the official said. Aside from intermittent outages, communications are still available.

Command and control refer to Ukraine’s ability to centrally coordinate its forces around the country, primarily through electronic means.

American and British officials continue to say that Russian units are dealing with supply disruptions and logistical failures.

The U.S. official said the Pentagon has seen no indication troops from Belarus are operating in Ukraine, despite external reports to the contrary. Belarus is closely aligned with Russia.