The Invasion: An Update

The Invasion: An Update

The World Health Organization said 249 civilians had been killed so far and 553 injured as of March 3. 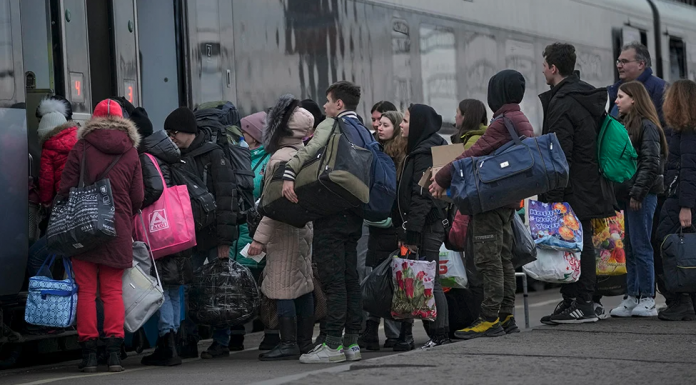 The number of Ukrainian refugees has surpassed 1.5 million as of this morning as Russia continued its attack 11 days after invading Ukraine. Moscow and Kyiv traded blame over a failed ceasefire plan that would have let civilians flee Mariupol and Volnovakha. Another round of talks was scheduled for Monday, as Ukrainians who could escape keep spilling into Poland, Romania, Slovakia and other neighbors.

Following the order of men to stay in the country, last night Ukraine’s President Volodymyr Zelenskiy called on people in areas occupied by Russian troops to go on the offensive and fight. He said

“We must go outside and drive this evil out of our cities…My confidence in this is reinforced by the energy of our resistance, our protest.”

This comes as Putin again stated that his invasion was started with the aim of ‘demilitarizing’ and ‘denzifying’ Ukraine and expressed his want for a ‘neutral’ Ukraine.

Ukraine’s Foreign Minister Dmytro Kuleba said he expected new sanctions and weapons for Ukraine in coming days after meeting with United States Secretary of State Antony Blinken. The United States has said it would give Ukraine more weapons and has repeatedly warned it could escalate sanctions, with President Joe Biden seeking $10 billion in emergency funding to respond to the crisis.

Zelenskiy, after speaking with Biden Saturday night, as asked for numerous things like help securing aircraft from European allies, a ban on Russian oil, and even asking for Visa and Mastercard acceptance to be revoked, which as of yesterday has been granted by the two companies. The biggest ask so far was his plead for NATO to restrict airspace over Ukraine. This most likely wont come as it would obviously escalate the conflict outside of Ukraine.

While all of this is going on, deaths keep rising and war wages on. Here is a visual of the refugee crisis: 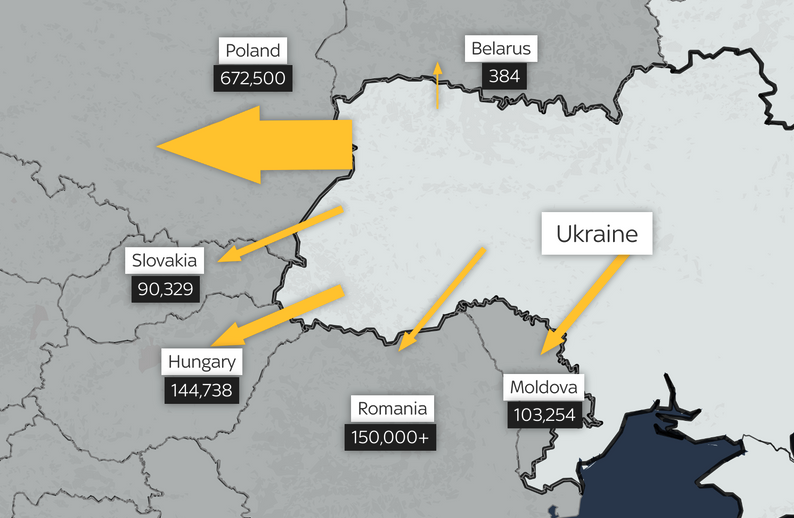