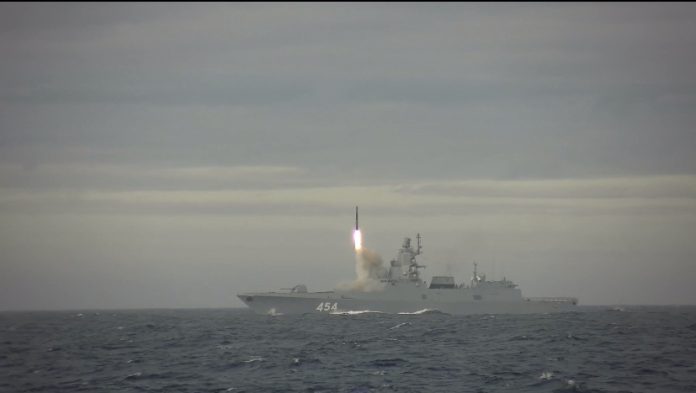 From the Russian Ministry of Defense:

“Today, the lead frigate of Project 22350 Admiral of the Fleet of the Soviet Union Gorshkov fired a Tsirkon hypersonic cruise missile at a sea target position in the White Sea from the Barents Sea,”

“According to objective control data, the Tsirkon hypersonic cruise missile successfully hit a sea target located at a distance of about 1,000 km,” they added, noting that the flight met the specified parameters. This is the first time that the Zircon has flown such a distance.

The Russian Defense Ministry has announced that the Zircon is expected to be deployed on most Russian Navy frigates by the end of 2022. The weapons system has undergone extensive testing as the Kinzhal and Kalibr’s naval counterpart.

From 2012-2019 the Zircon underwent testing from several air frames of the Russian Federation Air Force and land based launchers. However, the first confirmed naval launch was January 2020 when the frigate Admiral Gorshkov in the Barents Sea, successfully hit a ground target in the Northern Urals, exceeding the distance of 500 km. The Admiral Gorshkov has since carried out more than 10 test launches of the Zircon, including the first salvo launch on December 24, 2021 and again on February 19, 2022.

The the Northern Fleet’s frigate Admiral Flota Sovetskogo Soyuza Gorshkov also struck a naval target in the White Sea with a direct hit, Russia’s Defense Ministry reported on 18 November 2021. Signifying the second ship of the Gorshkov frigate class to fire the Zircon. It is expected that the Gorshkov frigates, of which there are 15 planned, 2 active, 3 built, and 5 under construction, will be the first ships to be able to launch the Zircon due to appropriate 3S14 universal VLS cells being installed. It has also been reported that the Kirov Class Cruisers are slotted to have these cells installed as well.

The Zircon was also launched by the nuclear submarine Severodvinsk, when on October 4th, 2021, it fired the missile while deployed in the Barents Sea and had hit its chosen target. A second submerged launch from a depth of 130ft was reported later the same day. 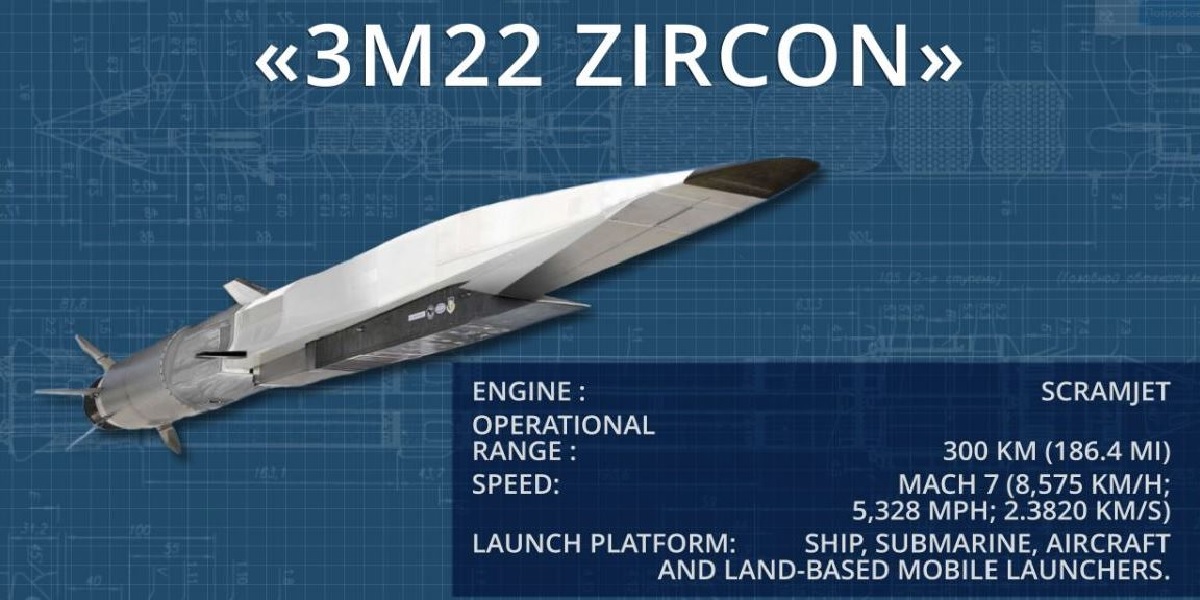 At hypersonic speeds a “plasma cloud” is generated by the ionization and heat of the air at the cutting edge of the wing form, causing an absorption of radar energy and a reduction in the radar cross section of the missile. This effect, leveraged with the speeds of the missile presents a challenge to most traditional ballistic missile defense systems. Even more so when these missiles are given terminal maneuverability and sea skimming enabling features.