Colombia Will Close Borders, Deploy Army Ahead of Presidential Runoff This Weekend

Colombia Will Close Borders, Deploy Army Ahead of Presidential Runoff This Weekend 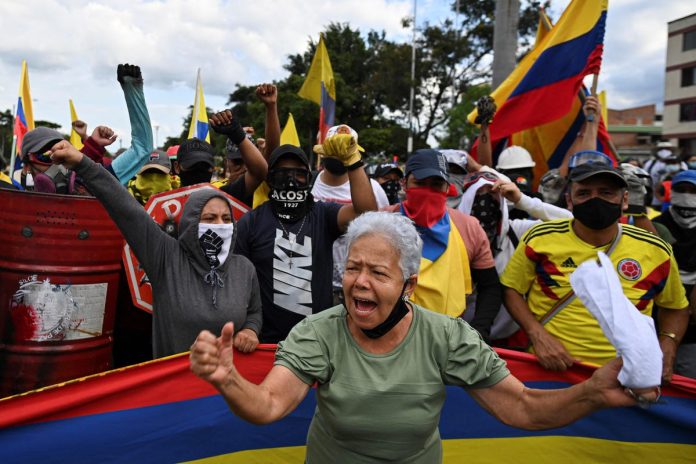 Colombia’s  incumbent president Iván Duque, has announced today that the Colombian Army will deploy nearly 300,000 soldiers throughout the country and close its borders during the second round of Presidential elections on June 19th. 99 electoral precincts have declared special security measures that include the banning of the sale and consumption of alcohol beginning at 1800 Saturday to 0800 Monday. The country will also close its land borders during this time.

Presidential elections were held in Colombia on 29 May 2022. As none of the presidential nominees obtained at least 50% of the votes, a runoff is scheduled to be held on 19 June 2022, between the top two candidates, Gustavo Petro and Rodolfo Hernández Suárez. Incumbent president Iván Duque was ineligible for a second term.

The bulk of the violence and threat of violence has been carried out by the criminal group Clan del Golfo, which has been in a low level war against the Colombian government for some time now. The clan threatened, tortured, murdered, burned trucks and cars, confined the population, and carried out other actions that generated fear and anxiety. The most recent attack two weeks ago resulted in 14 deaths. According to the Studies for Development and Peace, so far in 2022, Colombia recorded 21 ex-combatants killed, 44 massacres, and the assassination of 79 social leaders.

The Electoral Observation Mission (MOE) has warned about the increase in crimes of electoral violence in the country, especially  against the campaign of Gustavo Petro. Petro is seen as a progressive, championing LGBTQ rights, raising taxes of the wealthiest 4,000 Colombians, and extending green energy projects.

Interestingly, Colombia’s National Liberation Army (ELN) has agreed to a cease-fire in light of the presidential elections in Colombia. Of the 99 municipalities that will have martial law during the election, 84 are expected to have high levels of violence, especially the departments of Cauca with 16 municipalities, Nariño with 14, Chocó with nine, Norte de Santander with eight, and Antioquia with seven.