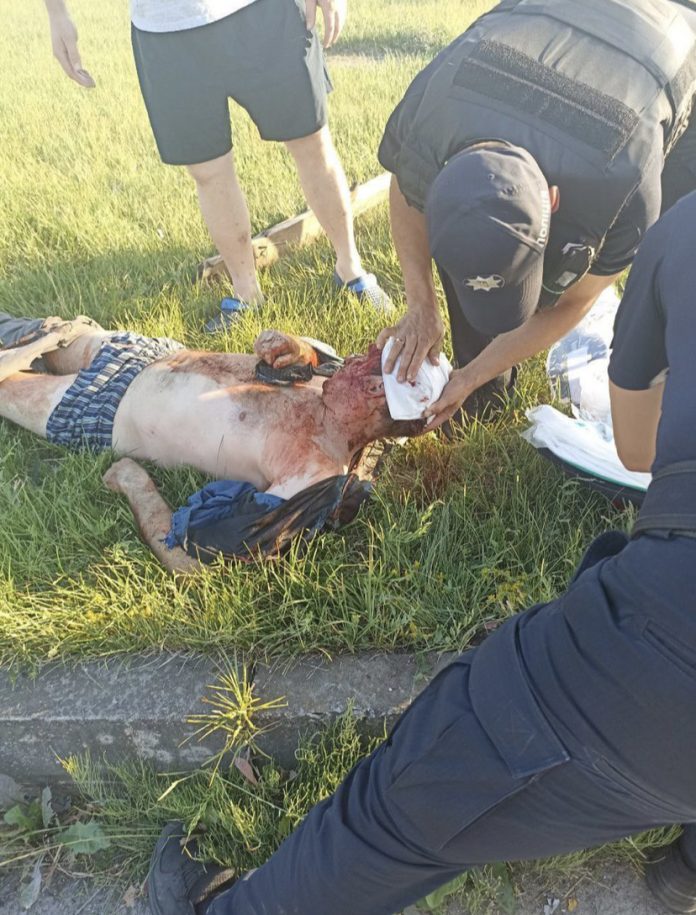 In the last twenty four hours, at least 20 separate missile strikes have been conducted from the airspace and territory of Belarus, a quasi-neutral party in the 2022 Russo-Ukrainian War. Belarusian media reported earlier today that these aircraft launched from Russia, entered Russian airspace, conducted their missions and returned to Russia.

The above photo shows a civilian injured in Sarny, Rivne Oblast, Ukraine, as the result of a Russian missile strike that came from Russian aircraft operating in Belarusian airspace. At least 10 explosions were reported in Sarny and neighboring Lutsk in the Volyn Oblast. Ukrainian Governor Koval told local media three civilians have been killed in a Russian missile strike against a service station in Sarny. These strikes happened three hours ago.

A convoy of more than 50 Belarusian military vehicles was spotted less than 10 miles from the Ukrainian border near the village of Stolin, Belarus. A Russian S-400 battalion was also spotted near Naroulya, Belarus near the oil refinery there, escorted by several Pantsir-S1 tactical surface to air missiles which  are charged with defending the S-400 batteries from PGM strikes. Before the war began, the Russian Federation moved 4 S-400 battalion into Belarus.

A month ago, this agency reported one of those battalions left Belarus to reinforce the Eastern Ukrainian offensive. It is not clear what the final destination of these systems is, but their displacement from Western Belarus could indicate a further shift in the strategic Russian SAMs to the East. 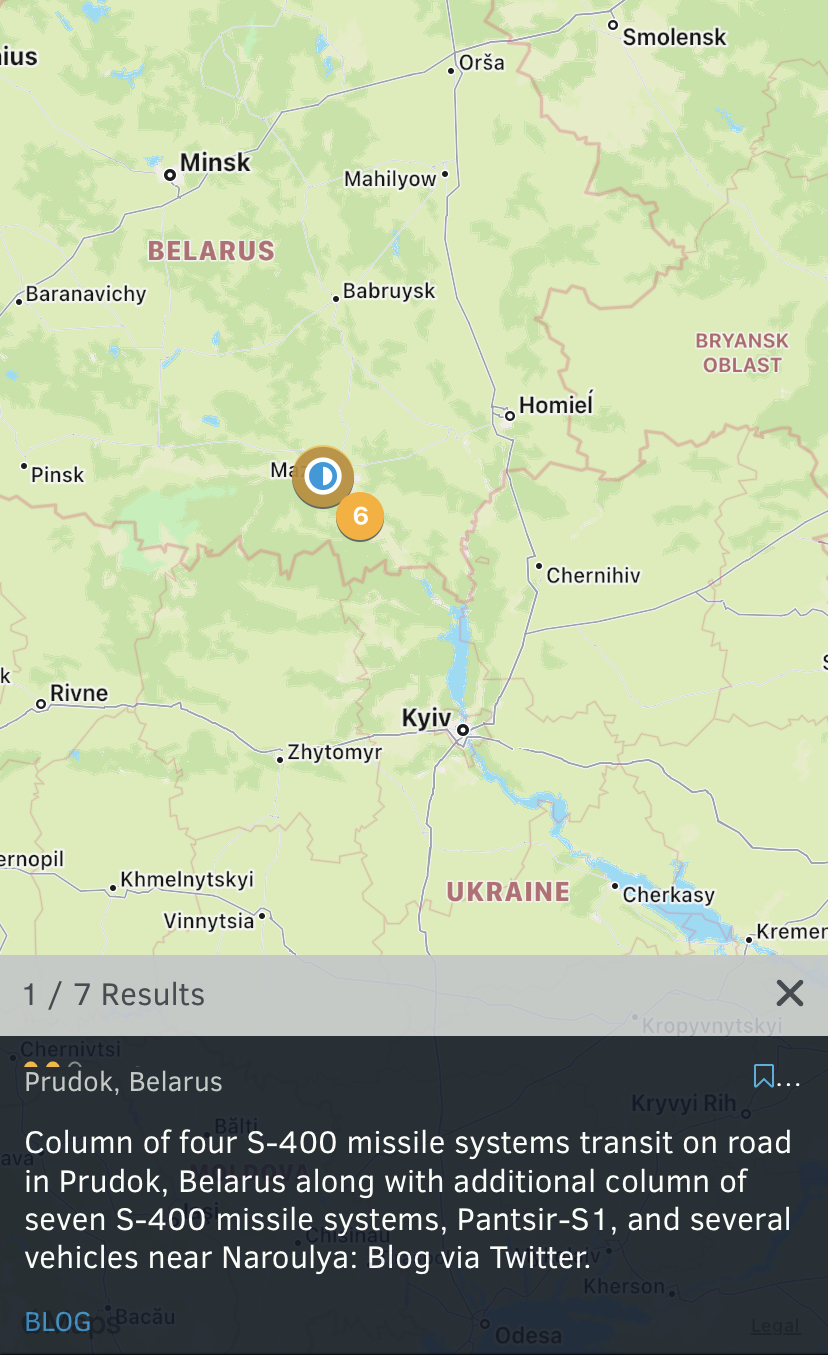