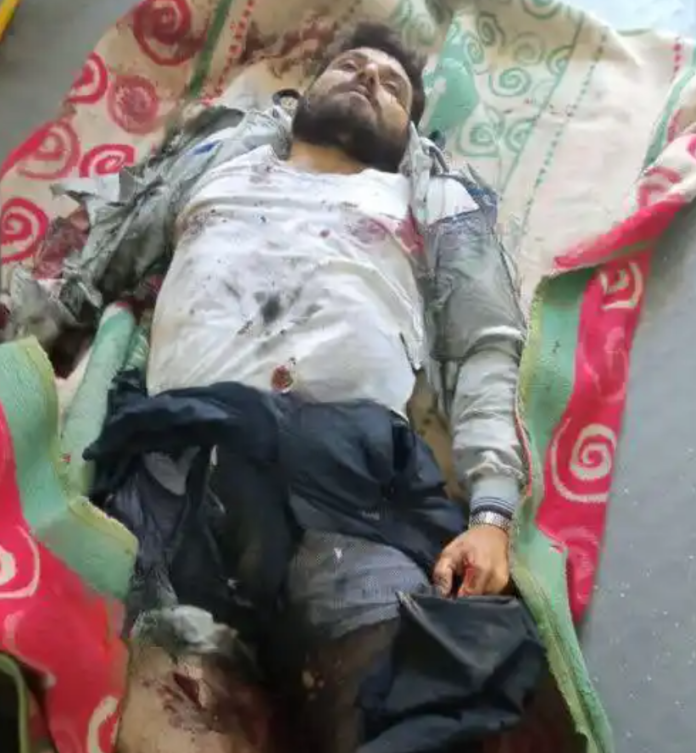 Update (1007 EST): Statement from U.S. CENTCOM, naming Agal as the leader of ISIS in Syria: 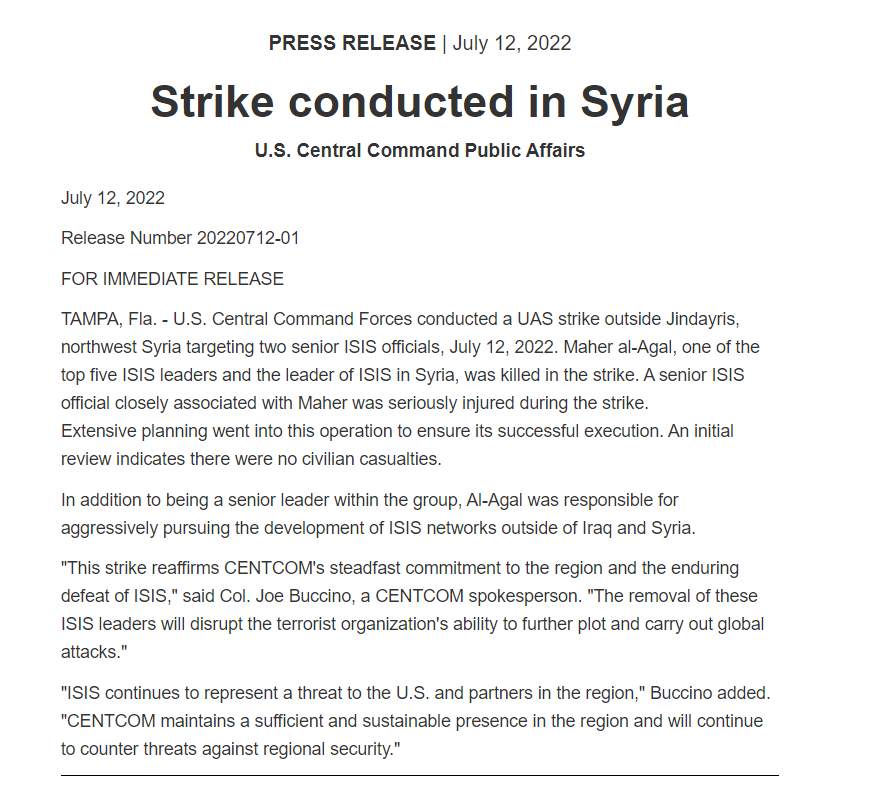 Update (0929 EST): The second man in the U.S. airstrike has died from his wounds, reported to be Agal’s deputy. Agal was reportedly responsible for developing ISIS networks outside of Syria and Iraq. It is not currently clear who succeeded Abu Ibrahim al Hashimi al Qurayshi, also known as Hajji Abdullah, after his suicide during a U.S. raid in February. Other media sources are claiming that Agal is the leader of ISIS in Syria, but that cannot be confirmed at this time since up until this point, he has not been named publicly. There has not been an official release from the U.S. DOD naming him as the actual successor to Qurayshi.

Three hours ago civilians reported on social media that a drone strike had targeted two persons on a motorbike in Ghaltan village, Jindires, Syira. Reporting indicated that one had been killed and one had been injured. At around 0700 the SDF confirmed the strike and that the persons were members of Ahrar al-Sharqiya, commonly referred to as Ahrar al-Sharqiya, which is an active armed Syrian rebel group founded in 2016 by individuals exiled and displaced mostly from the Deir ez-Zor Governorate and other eastern provinces, such as the Hasakah Governorate, by ISIL, YPG and the Syrian government due to fighting that took place there between 2011 and 2014.

Ten minutes ago local media and U.S. based reporters told social media users that the drone strike targeted and killed ISIS leader in Syria, Maher al-Agal. However, his unnamed deputy who he was travelling with may still be alive, his condition is currently unknown.

US drone strike in NW Syria targets top ISIS leader in Syria Maher al Agal, no civilian casualties per Centcom . US official says al-Agar was killed in the strike.

According to local sources, the man pictured above is Khaled al-Sayeeh, a mercenary who was displaced from fighting between Turkey and ISIS in 2016. He then moved to Afrin and began actively recruiting and leading ISIS fighters in that region. The above card is most likely a fabrication from the Local Council for Camouflage who issues such IDs to conceal the identities of ISIS members. Currently, it is unclear if this body and ID represent who the U.S. is calling Maher al-Agal or his unnamed deputy. Check back for updates.