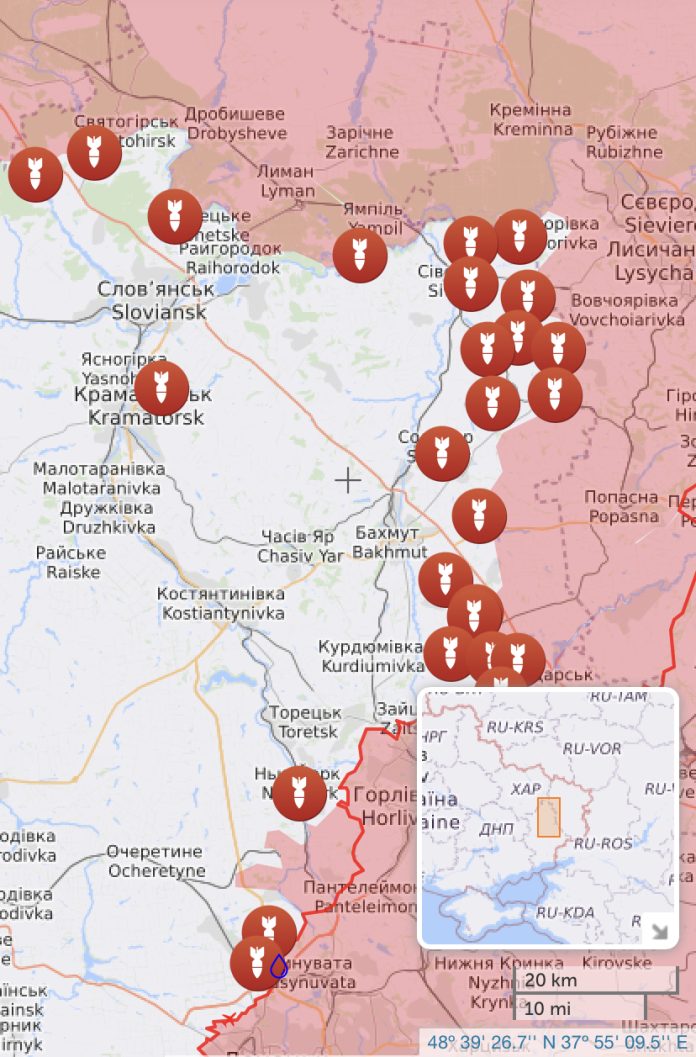 Five days ago Self-Declared Donetsk Peoples Republic Leader Denis Pushilin told his Telegram followers that the campaign for Slovyansk had begun, signaling the confirmation of an assumption this publication made after the fall of Lysychansk.

Beginning last night, Russian state media and pro-Russian Telegram users were reporting massed Russian infantry advances on Siversk, a key settlement closer to the East where DPR and Russian Ground Forces have been redeployed from Lysychansk. The same outlets claimed their forces had entered Siversk, with no rebuttal from the Ukrainian General Staff. At 0330 EST DPR Deputy Information Minister Bazsonov claimed the entire settlement was under “our operational control”, followed by an announcement that DPR forces controlled “all roads to Siversk.” However, LPR Ambassador to Russia Miroshnik announced at 0612 EST that Ukrainian troops were still in Siversk, but they “would be cleared out in the coming days.” He also told local media:

“Taking Seversk under control opens the way for us to Slavyansk. The fact is that this city was intermediate on the way from Lisichansk. And lately, the Armed Forces of Ukraine have managed to move their main military units there.”

According to the diplomat, these formations “managed to create a layered defense” in a short time. “It was done hastily in the woods. However, despite this, our military had to spend a lot of time trying to knock out the enemy”.

“At the moment, filtration measures are being carried out in the city. The territory is under the control of the allied forces. But there may still be some armed formations that hide in basements and shelters. I think that in a few days we will be able to detect and eliminate them,” Miroshnik said.

This news comes at the same time as the Ukrainian Armed Forces announced they have repelled a large Russian thrust North to Bakhmut, which the Russians have been trying to seize since Severodonetsk was encircled. Stiff resistance there could prevent another Russian pincer.

It is clear that the next few weeks will be key in analyzing the advance of Russian forces in Donetsk. Slovyansk and Kramatorsk are two of the best defended cities in the Oblast, even more so than Severodonetsk and Lysychansk. The two also are also reminiscent of the twin city construct in that they lie on the Kazenyi river, less than 10km from each other. However, both these cities have served as assembly areas for Ukrainian operations deeper into Donetsk, meaning the military infrastructure and interior lines are stronger here.