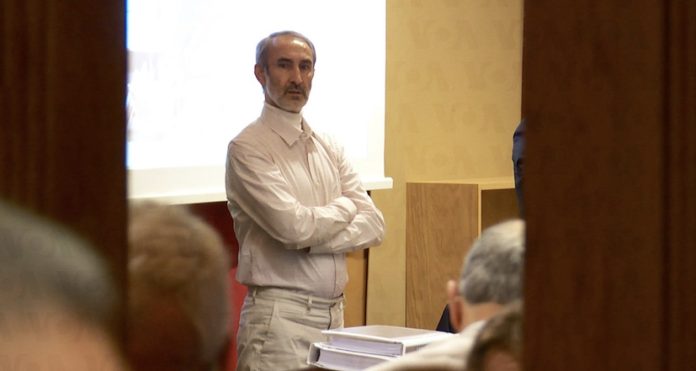 30 minutes ago Swedish media reported that Hamid Nouri, an Iranian national has been convicted of war crimes including torture and murder. 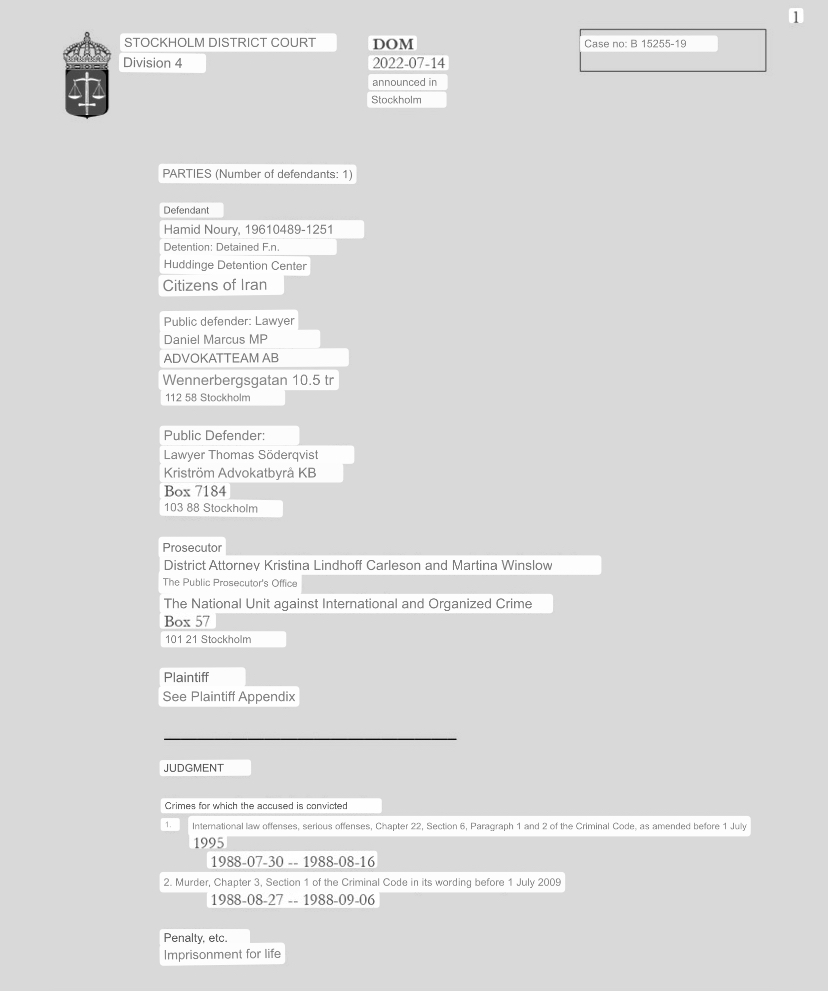 Hamid Nouri, born on 29 April 1961, was known as Hamid Abbasi among political inmates. He was an IRGC guard in Evin and Gohardasht Prison and worked closely with Mohammad Moghiseh, the prison’s associate prosecutor, and was also a member of the Gohardasht Prison Death Commission in 1988. The 1988 killings targeted members of People’s Mujahedin of Iran (MEK), a group that advocated overthrowing the leadership of the Islamic Republic of Iran. (Wiki) The number of killed is probably between 5,000 and 30,000.

An audio file by former Deputy Supreme Leader, Ayatollah Hussein-Ali Montazeri, emerged in 2016 where Montazeri is heard telling Hossein Ali Nayeri, Morteza Eshraghi, and current Iranian President Raisi, that “the biggest crime in the Islamic Republic, for which the history will condemn us, has been committed at your hands, and they’ll write your names as criminals in the history.”

On November 9, 2019, Swedish police detained Nouri at Arlanda Airport after a tip-off from his former son in law. He was detained under the les of universal jurisdiction. Swedish War Crime Police have detained him as his trial has commenced.

Althought the government of Iran has not responded to this development, The government in Iran “expressed outrage” over the trial, calling it “completely illegal” and “politically motivated”. They also have brought up carrying out the death sentence of Swedish prisoner Ahmad Reza Djalali, should Nouriy not be returned.