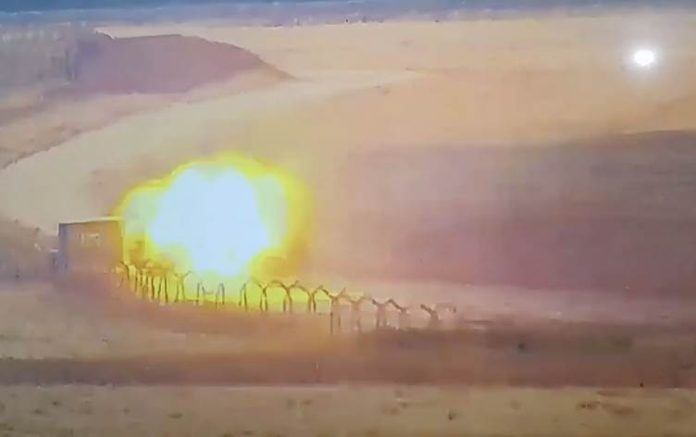 The Kurdish Syrian Democratic Forces (SDF) claimed on Thursday that its fighters killed 23 Turkish soldiers in a series of attacks near the Syrian city of Mardin on August 8.

In a release, the SDF stated that the attacks were “in the context of the legitimate right of defense and in retaliation for the pure blood of our martyrs” adding that “We in the Syrian Democratic Forces pledge once again to our people and martyrs that no attack or aggression by the Turkish occupier will remain unanswered.”

#SDF announces the killing of 23 #Turkish soliders and destroying 3 vehicles in the “Legitimate response operations" to the #Turkish escalation in NE #Syria.
The footage was shared by SDF media center. pic.twitter.com/CiZJp4mO6q

The SDF reported that three Turkish military vehicles were targeted and destroyed in three separate attacks, killing 23 Turkish soldiers and wounding an additional two. The SDF released footage of a strike with what is likely an ATGM.

The statement also stated “During the last period, the Turkish occupation escalated its terrorist attacks on the regions of northern and eastern Syria, through intense artillery shelling and drones, as these attacks led to the death of a number of civilians as well as our military comrades. Since the beginning of August alone, Turkish attacks have killed seven civilians, including two children, and wounded 17 civilians, including ten children and three women.” 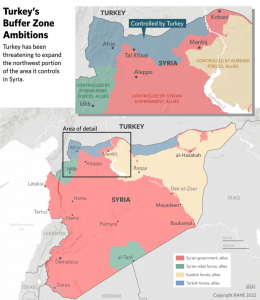 This comes amid what is believed to be another impending Turkish military operation into Northern Syria against Kurdish forces. In June, Turkish President Tayyip Erdogan announced that Turkey will launch another military operation into Northern Syria targeting Kurdish YPG forces. While addressing lawmakers of the AKP party, Erdogan stated that “We are going into the new phase of our determination to form a 30km (20mi) deep safe zone along our southern border. We will clear Tal Rifaat and Manbij of terrorists, and we will do the same to other regions step-by-step,” adding “Let’s see who supports these legitimate steps by Turkey and who hinders them.”

Turkish officials have also relayed their commitment to countering Kurdish presence in northern Syria, further asking for support from both Iran and Russia. Turkey has carried out two major military incursions into Northern Syria targeting Kurdish forces along the border in recent years, such as Operation Olive Branch in 2018 and Operation Peace Spring in 2019 with the goal of establishing a “buffer zone” along Syria’s northern border that would push back Kurdish forces.

Previous article
U.S. and U.N. Call for ‘Demilitarized Zone’ In and Around Zaporizhzia Nuclear Power Plant
Next article
Chinese and Taliban Officials Meet in Kabul to Discuss Economic Expansion in Afghanistan