Update (1824 EST): According to Ukrainian Presidential Administration Head Yermak, todays prisoner exchange was the result of mediation by Turkish President Erdogan between Zelensky and Putin

Update (1745 EST): Prokopenko has been released. 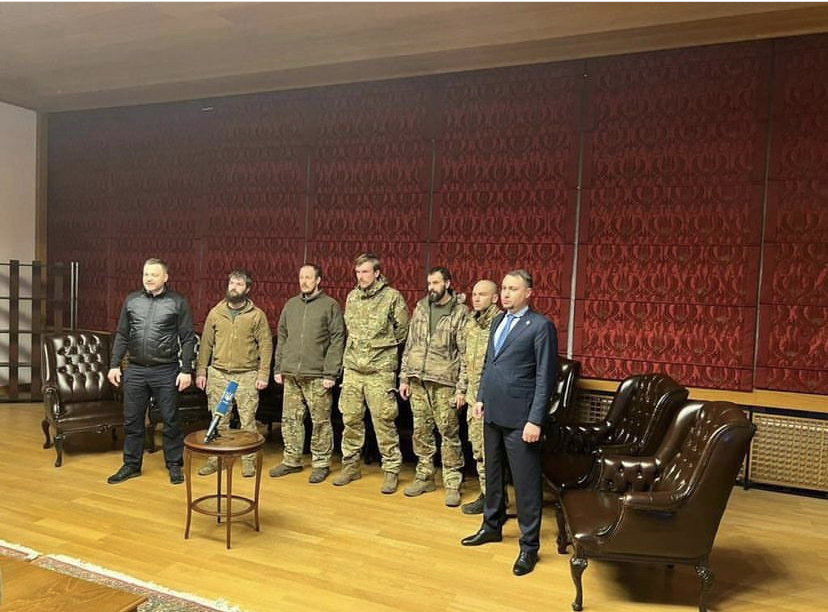 At least 200 Azov Battlaion troops captured at Mariupol have been traded in a prisoner exchange with the Russian Federation. Victor Medvedchuk, Ukrainian Opposition Platform for Life Party, cited as Putin’s right hand man in the Ukrainian government before the invasion, is among the Russians swapped, at last 55 Russian prisoners in the exchange were spotted at the Aerodome Chkalovskiy in Shchyolkovo, Russia .

A total of around 215 Ukrainian troops have been exchanged.

Details are still coming in.