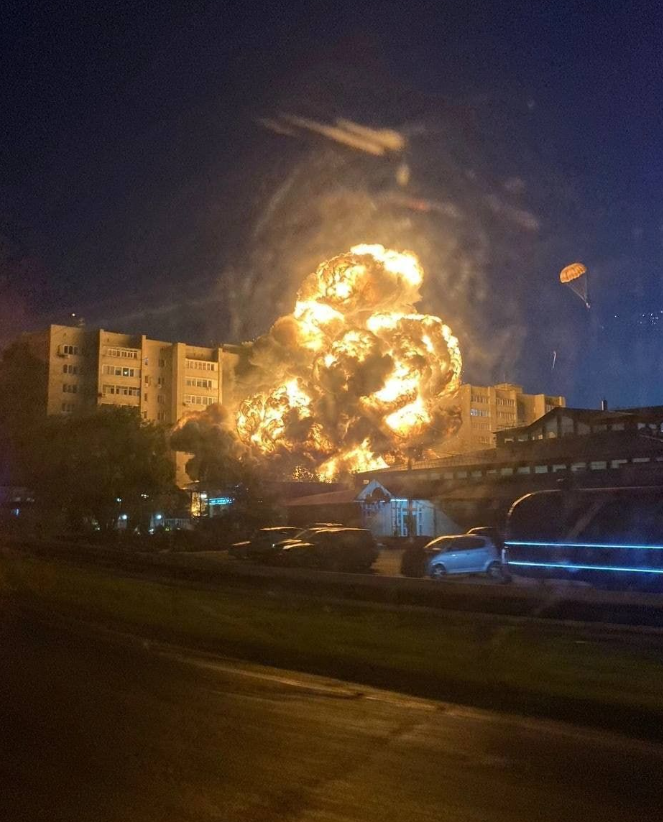 Update (1745 EST): Surveillance footage captured the moment a Russian VKS Su-34 FULLBACK fighter-bomber crashed into a residential apartment building in Yeysk, Russia. Now the number of killed is 6 with 27 injured and four still missing. At least two died from jumping off the roof of the complex amid rising flames. The Governor of Krasnodar has declared a state of emergency.

At approximately 1140 EST a Russian Su-34 FULLBACK crashed into a residential apartment building in Yeysk, Krasnodar Krai, Russia. At least 10 were killed in the initial blast. However, the pilot ejected.

Krasnodar Krai Governor Kondratyev is on scene and is reporting that an engine failure caused the Su-34 to crash during a routine training flight. The fire has spread to approximately 2,000 square meters and has engulfed the first 5 floors of the apartment building.