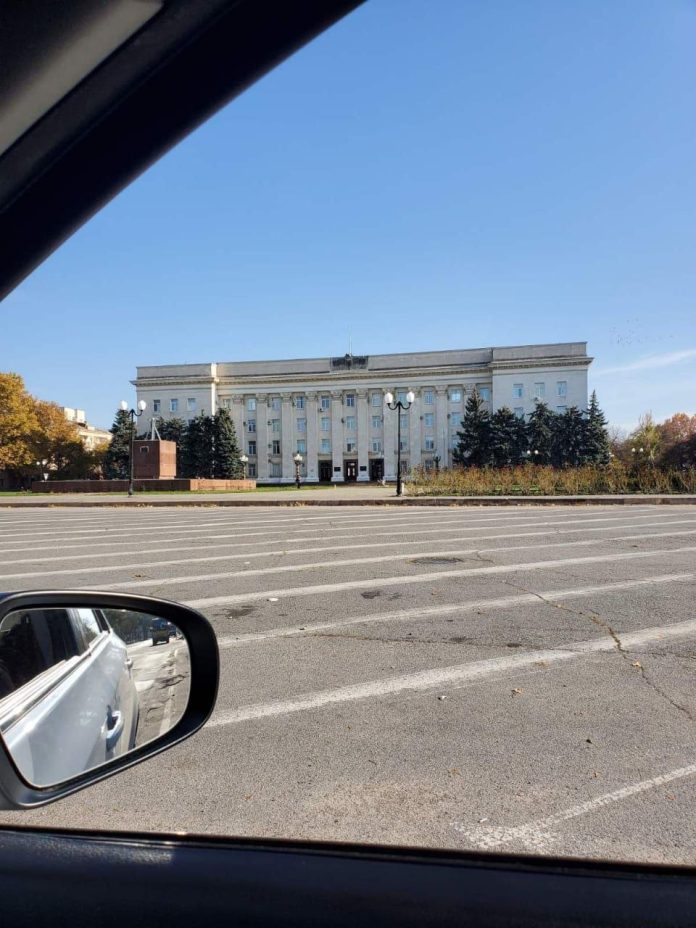 This morning, Ukrainian citizens were shocked to see the absence of the Russian national tri-colored standard, which has dominated the central administration building since March 3rd, 2022. This spectacle was reinforced by a final evacuation order from Russian appointed Kherson administrator Stremousov, who called for all civilians to retrieve their personal boats from public berthings or the Russian Armed Forces would sink them.

This publication has recorded the sinking of at least 23 vessels throughout public berthing spaces on the banks of the Dnieper River, as well as the destruction of several landing piers. This order is one of the final steps before Russian Forces will evacuate the city, said Stremousov in a Rutube recorded interview in the back seat of his vehicle today. He said that Russian Forces will most likely withdraw in the next 24-48 hours, despite reports that Russian Ground Forces are actually reinforcing the city with mobilized troops. 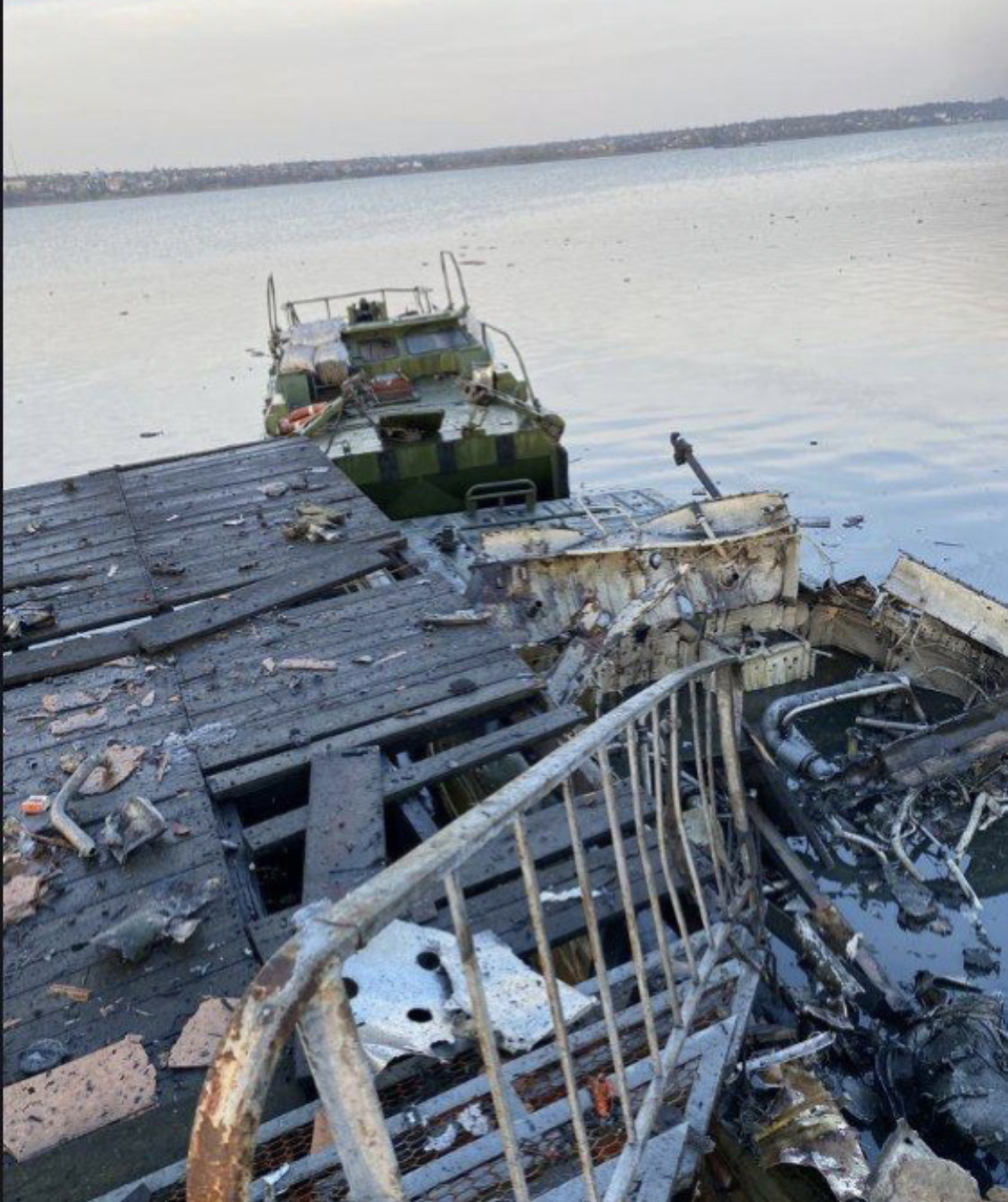 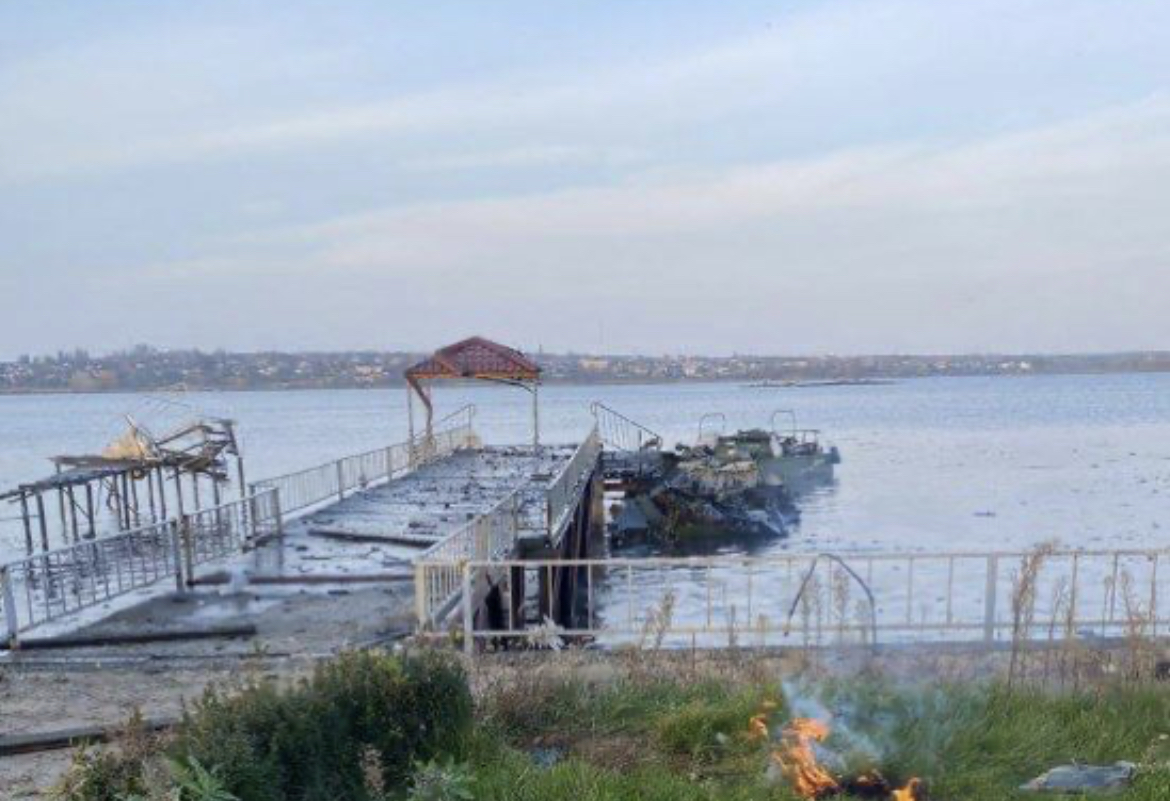 However, two hours ago Pro-Russian telegram pages began claiming that Russian Ground Forces are abandoning their checkpoints in Chernobaevka, Stepanovka, and Belozerka, all North of Kherson city and in the face of Ukrainian Ground Forces. This has been the first report of its kind and may indicate Stremousov is actually being truthful and not just part of a larger Information Operation to lure Ukrainian forces into a sharp fight for the city. The Russian Ministry of Defense has not made a comment.

The video below shows Ukrainian citizens cheering the absence of Russian troops at a military checkpoint in Kherson city.