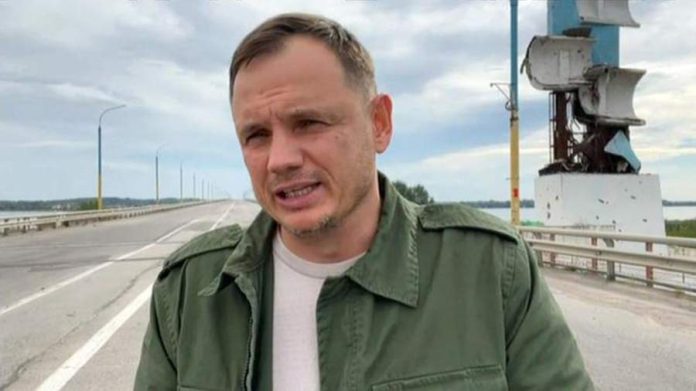 Russian-appointed Kherson Governor Saldo has told press that his deputy Governor Kirill Stremousov, who is wanted by the Ukrainian government for treason and collaboration with Russia, was killed in a car accident today. The accident happened near Genichesk. The circumstances of the accident have not yet been established. Details are being specified.

However, initial reporting indicates that a truck slammed into the deputy governor’s car at full speed. Other sources have claimed that doctors are on scene attempting to save his life, but 20 minutes ago Russian State-owned media reported his death from Saldo. The Kherson Ministry of Health has not publicly announced his death.

Kirill Stremousov, born 26 December 1976 is a Russian and Ukrainian politician and blogger serving as the deputy head of the Kherson Military-Civilian Administration, a Russian military occupation zone on the territory of the Kherson Oblast in Ukraine from 26 April 2022.