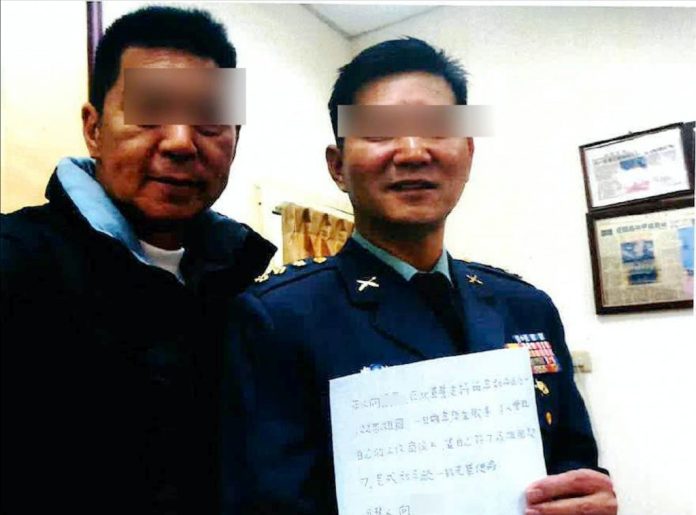 Details have emerged today concerning how Taiwanese Army Colonel Hsiang Te-en was paid by Chinese intelligence to surrender if there was an invasion by China.

Over the past four years, he was paid the equivalent of $1,280 US every month in return for his promise to surrender. Below is a photo reportedly of him holding a written note which declared his allegiance to China. 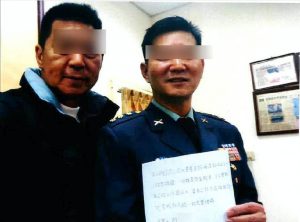 Apparently, he was convinced to turn traitor by a man he met at his wedding back in 2011. The man Hsiang met was Chinese agent Shao Wei-Chiang. Interestingly, Shao is also Taiwanese and was even an officer in Taiwan’s military.

Shao’s backstory is that when he retired from Taiwan’s military, he became a reporter and also ran a travel agency. These two professions gave Shao continual access to senior members of the Taiwanese military.

Originally, Colonel Hsiang Te-en was planning to leave the military but was persuaded to stay in by Shao Wei-Chiang. The idea was for Hsiang to continue his military service so that he could have access to sensitive information which would then be passed to Shao.

In response to all of this being uncovered, Taiwan’s Defense Ministry stated, “This case highlights that the Chinese communists have become a serious threat against us when it comes to infiltrating, recruitment, collection of intelligence and theft of secrets.”