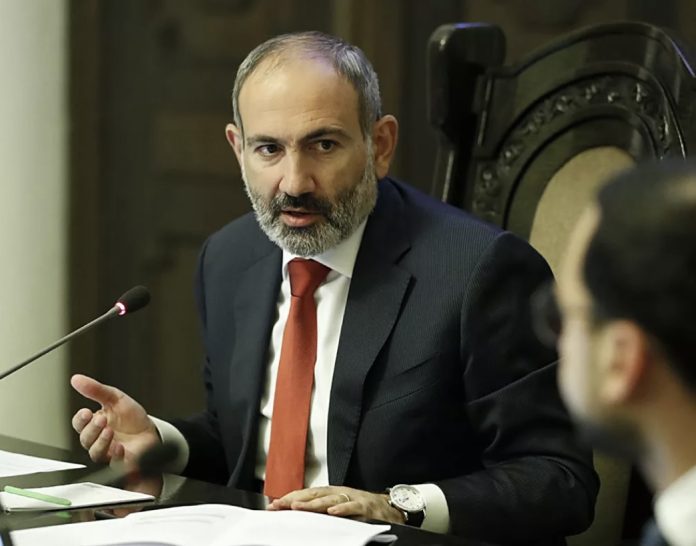 Shocking words from Armenian Prime Minister Nikol Pashinyan yesterday at the CSTO summit hosted in Yerevan, as he refused to sign a document. His statement prompted a look of shock from Belarus’s Lukashenka, and Russia’s Putin to drop his pen on his papers. Pashinyan adds the second « Thank you very much! » as Lukashenka looks at him in shock.

Why did this happen..? The document was supposed to be one opening up support to Armenia. So why wouldn’t he want to sign it..?

The exact details of the document, including what « support » realistically means, are not known. However from what Pashinyan has said, the document would have been nowhere near enough. He said a requirement for his signature is a political assessment of the situation from the CSTO, the CSTO who even failed to provide an unanimous condemnation of Azerbaijan’s September attacks. Currently, Azerbaijan occupies around 65km2 of Armenia’s sovereign territory. Pashinyan says he fully expects the CSTO to assist with accelerating their withdrawal through a political/diplomatic fashion.

“Such a position is important not only for restoring the territorial integrity of the Republic of Armenia, but also for deterring Azerbaijan from further aggressive actions against our country. The fact that the risk of a new aggression by Azerbaijan against the territorial integrity of Armenia remains was reported by CSTO Secretary General Stanislav Zas at an extraordinary meeting of the Collective Security Council on October 28 this year

Under these conditions, the lack of a clear political assessment of the situation and the failure to make the above decision may not only signal the CSTO’s refusal carry out its obligations toward allies, but may also be interpreted by Azerbaijan as a green light from the CSTO for further aggression against Armenia.

And this contradicts not only the letter, but also the spirit and meaning of the fundamental documents of the CSTO. Therefore, based on this, at the moment I believe that the draft ‘Declarations of the CSTO CSC and on joint measures to provide assistance to the Republic of Armenia’ submitted for signing is not sufficiently finalized, and with all due respect, I am not ready to sign these documents in this form”

He went on to point out the swiftness of the CSTO’s response in January, when Kazakhstan was facing widespread unrest. The CSTO’s failure to assist Armenia in any meaningful fashion, he said, is weakening them not only internally, but also externally.

“These realities are greatly harming the CSTO’s reputation both inside and outside of Armenia, and I consider this to be the main failure of Armenia’s presidency in the CSTO. I can say the same about the escalation of the situation on the border of our allies Kyrgyzstan and Tajikistan.”

The escalation he mentions is a recent violent dispute between Kyrgyzstan and Tajikistan, two CSTO members.

He says the lack of response not only makes the CSTO look weak and ineffective, but also gives a « green light » to Azerbaijan for further aggression. If the CSTO will not defend Armenia, what is to stop it from happening again..?

According to a statement Lukashenka made, Armenia attempted to add two things to the document, both of which were denied.

The CSTO, as Pashinyan stated, has been decreasing in popularity in Armenia. The night before Putins arrival in Yerevan, there was a large protest in Yerevan’s « Freedom Square ». Protestors waved the flags of Armenia, Artsakh, and even Ukraine as they chanted « Russia, get out of Armenia », and demanded Armenia withdraw from the CSTO over their lack of action.

-Written by Sébastien G of GoodHistory