China Fortifies Along Line of Actual Control, Despite Withdrawal Agreement With India

China Fortifies Along Line of Actual Control, Despite Withdrawal Agreement With India 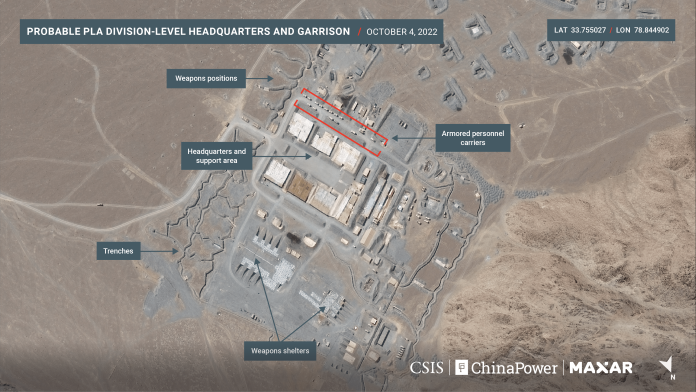 On September 10th, 2022, Indian and Chinese officials agreed to pull troops back from the Gogra-Hostprings along the Line of Actual Control, where both sides have maintained troop concentrations since the early 1960s. The pullback was an attempt to diffuse tensions after several Indian and Chinese troops were killed on multiple occasions, most notably in 2017 and 2020.  The standoff escalated on June 15th, 2020 after a skirmish ensued in the Galwan Valley between Indian Army and PLA forces, ending with twenty Indian soldiers and four PRC soldiers dead, according to press.

However, the Center for Strategic and International Studies’ China Power Program has disclosed analysis showing that China has actually fortified positions only 50km South of the contested springs. 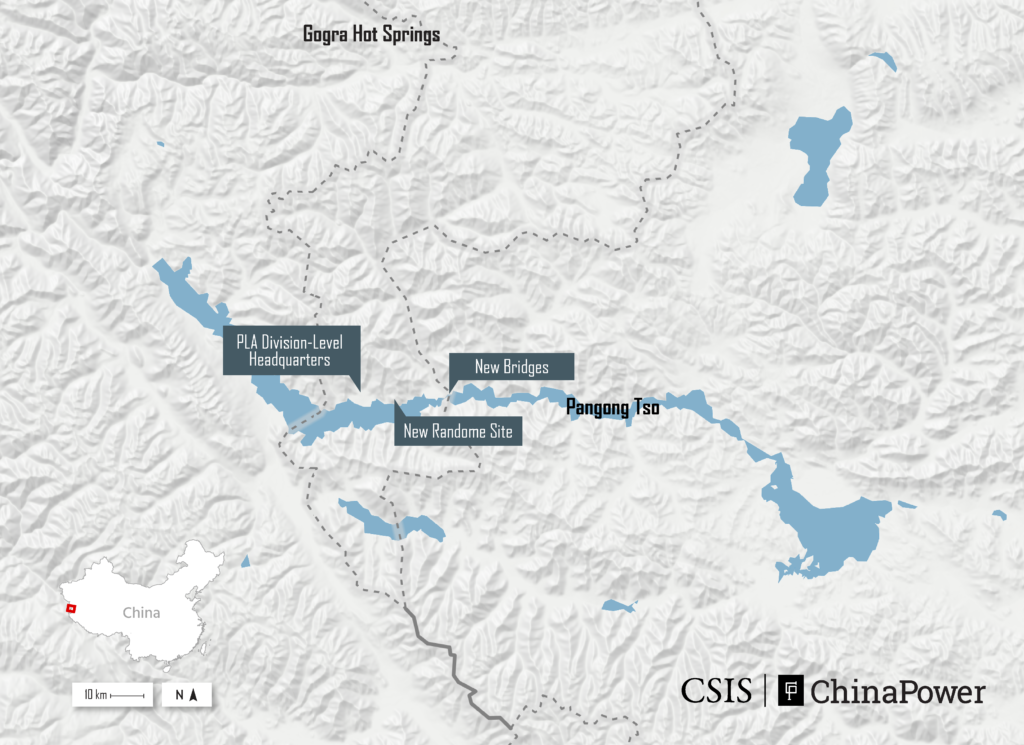 MAXAR commercial imagery shows that over the past two years, the People’s Liberation Army has most likely built a division-level headquarters on the banks of the Pangong Tso lake. The fortifications include an air defense radome, military housing, fortified weapons positions and trenches, and various facilities to support thousands of PLA troops. The construction of a vehicle bridge over the Pangong Tso lake also indicates that the PLA intends to maintain and further fortify these facilities. 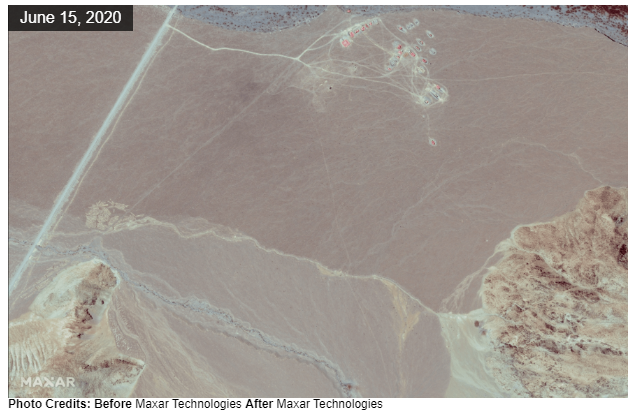 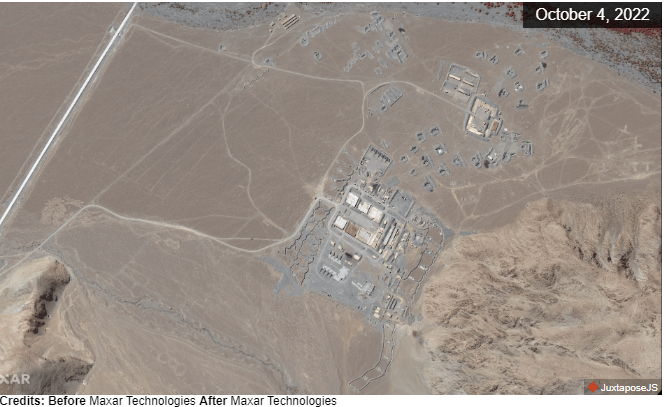 Note that the minor encampments of PLA troops in June of 2020 were present at Pangong Tso, but greatly expanded, as shown by imagery taken on October 4th, 2022. The deadly confrontation that resulted in the September 2022 pull-back occurred on August 29th, 2020. So it is plausible that the PLA made these preparations with the intent to deploy additional forces to the area before the pull-back was announced. However, there has been no indication that these fortifications have or ever will be abandoned. 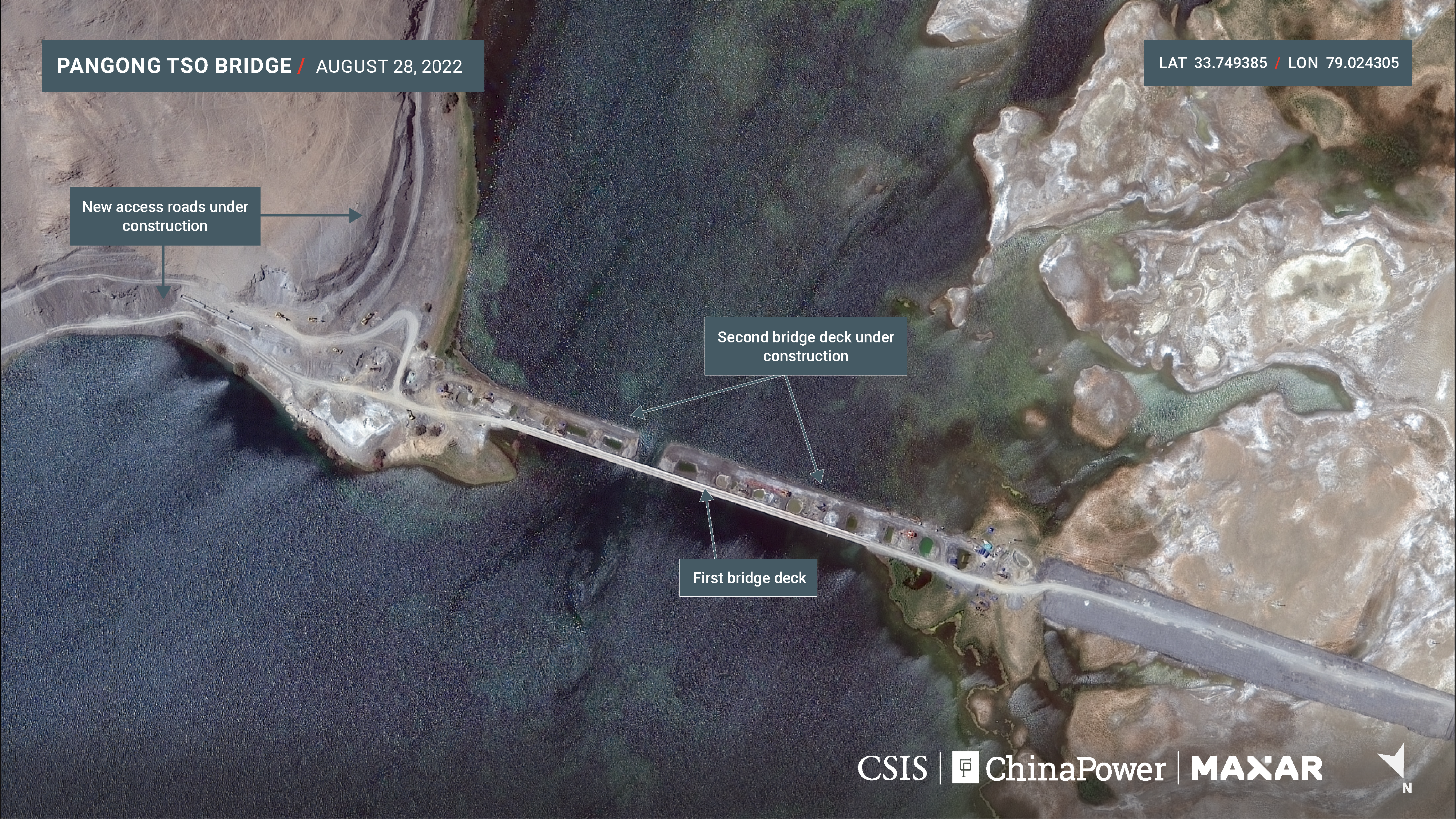 Since the confrontation in 2020, divisions from the Western Theatre Command of PLA’s Ground Force, the 4th (Highland) Motorised Infantry, and 6th (Highland) Mechanised Infantry Divisions, moved units towards the LAC in eastern Ladakh, reinforcing the existing deployment. The divisions stayed in eastern Ladakh from May 2020 to February 2021, when they rotated with the 8th and the 11th Motorised Divisions.

These fortifications seem to be able to support the infantry and artillery of one of these divisions. Both the 8th and the 11th contain at least two Motorized Infantry Regiments, an Armored Regiment, an Artillery Regiment, and an Anti-Aircraft Regiment, totaling around 12,000 men in each division.