I have geolocated footage that confirms Serbian military forces have been deployed directly on the border with Kosovo in Kopaonik, Serbia.

Footage posted to social media today shows a convoy of Serbian BOV-16 “Milosh” armored vehicles driving down a road in snowy conditions. Descriptions of these videos claimed that it was taken at Kopaonik, which is a mountain range with a popular ski resort located directly on the border with Kosovo. 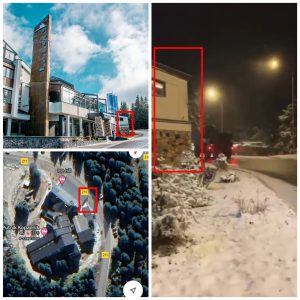 This is significant as Serbian officials have threatened to send its military forces into Kosovo as tensions continue to skyrocket. On Thursday, Albanian-Kosovar officials deployed special police forces to Serb-majority municipalities in northern Kosovo “to provide security for all citizens” as snap elections are set to begin following the mass resignation of ethnic-Serb officials in response to the proposed Serbian license plate ban. The presence of Albanian-Kosovar forces in Serb-majority neighborhoods unsurprisingly led to a flare up of tensions and several instances of armed clashes.

You can find more context to the situation here and here.

In an interview on Wednesday with the Financial Times...

On Thursday, the United States Pentagon announced that an...

The United States Embassy in Tanzania issued a terrorism...