The EU Wants to Deploy to Artsakh

The EU Wants to Deploy to Artsakh 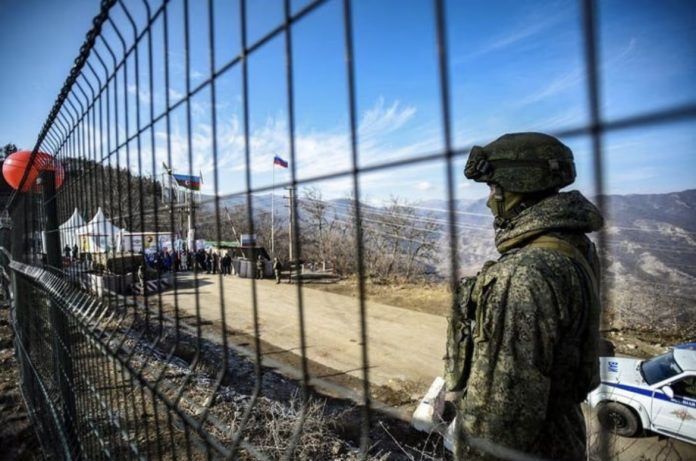 Two days ago on January 18th the EU released a joint motion entitled « Joint Motion For a Resolution on the Humanitarian Consequences of the Blockade in Nagorno-Karabakh ». The EU, and in particular France, have been central in organizing peace processes between Armenia and Azerbaijan. This latest resolution is apart of their greater effort to have a western piece in what is traditionally Russia’s playing field.

The resolution is in reference to the blockade of the Lachin corridor, which is the sole road connecting Armenia and the Republic of Artsakh, or Nagorno-Karabakh. The road is blockaded by what the resolution calls « Self-Proclaimed Environmentalists », and has been ongoing since December 12th. The blockade has resulted in severe shortages of essentials and various supplies in Artsakh as the Lachin corridor was the regions sole supply route.

Not only does the resolution call for an OSCE or UN fact finding mission to be deployed in order to assess just how bad things are getting in Artsakh, but it also calls for the OSCE to actually replace Russian peacekeepers under a UN mandate. It says it « Condemns the inaction of Russian ‘peacekeepers’ » (The quotations around peacekeepers are from the resolution itself), and says their replacement should be « negotiated urgently ».

The resolution calls on the Azeri government as well to uphold their responsibilities outlined in the 2020 Trilateral Agreement signed at the end of the 44-Day war, which includes that Azerbaijan is to guarantee the safety of both people and cargo moving on both directions of the road.

Close to the end of the resolution it pledges further action by the EU in order to « ensure that the inhabitants of Nagorno-Karabakh are no longer held hostage by Baku’s activism, Russia’s destructive role and the Minsk Group’s inactivity ».

Russia’s grip on Armenia has slowly been slipping as Armenia begins a search for other options in order to, in the short term, not only solve the blockade issue, but also provide a greater defence for Armenia. In September of 2022 Azerbaijan launched a series of attacks on Armenia’s border, occupying 65km2 of internationally recognized Armenian land. The CSTO delivered no meaningful response despite Armenian requests. Though Russia maintains a large amount of chips in Armenia, the EU and general Western presence is ever growing, as they have perhaps had a greater part to play in the present peace processes than Russia has. A CSTO summit, which Russian President Putin attended, was hosted a number of weeks ago in Yerevan. Putin’s presence was met with a large protest by Armenians, demanding Armenia leave the CSTO over their inaction in September’s attacks.

This being said, on December 17th Russia’s foreign minister, Sergey Lavrov, held a phone conversation with his Azeri counterpart in which he told him to « fully unblock movement through the corridor ». However, Russia’s boots on the ground currently remain planted right where they are.