Germany « Would Not Stand in the Way » of Poland, says Foreign Minister

Germany « Would Not Stand in the Way » of Poland, says Foreign Minister 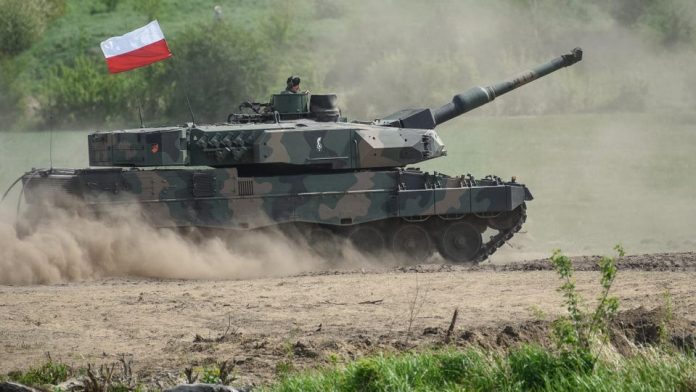 Speaking today (January 22nd) in Paris, German Foreign Minister Annalena Baerbock said Germany « would not stand in the way » if Poland decided to send some of their supply of Leopard 2 Tanks to Ukraine without German approval. According to German law, weaponry may only be transported with permission from the Federal government, so Poland must gain permission to re-export them.

« The question has not been asked. If we were asked the question, we would not stand in the way » – Foreign Minister Annalena Baerbock

The « question » she refers to is if Poland went ahead regardless of German approval. Officially, Poland is apart of a wider coalition appealing to Germany for permission to send the Leopard 2 tanks, which originate from Germany. More unofficially, however, are the words of Polish Prime Minister Mateusz Morawiecki suggesting that Poland may do just that.

« Consent is of secondary importance here, we will either obtain this consent quickly, or we will do what is needed ourselves »

German Defence Minister Boris Pistorius has said he expects a decision to be reached soon, but permission must come all the way from the top, from German Chancellor Olaf Scholz.

Ukraine has been asking for Western tanks for a number of months in order to both defend from an expected Russian offensive, as well as hopefully launch their own.