World’s Oldest Person: The Life and Death of Sister André

World’s Oldest Person: The Life and Death of Sister André

The world's oldest person, Lucile Randon, also known as Sister André, has passed away in France at the age of 118. 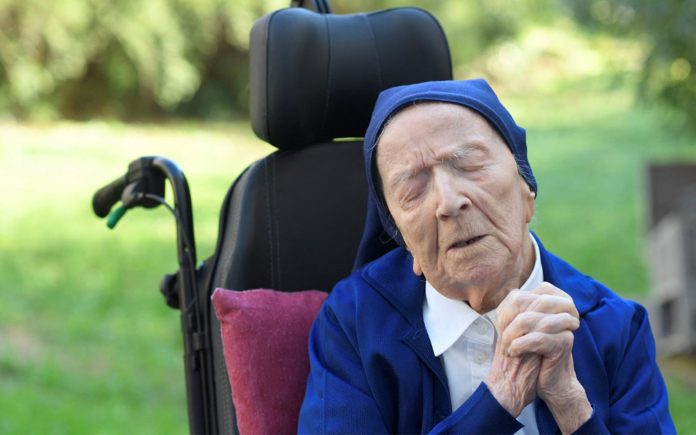 On January 18th, Sister André, regarded as the world’s oldest person, passed away at the age of 118 and 340 days, just a month before her 119th birthday. Sister André became the oldest living person when the previous oldest person, Kane Tanaka of Japan, died at 119 years old in April of 2022.

Sister André was a French nun, born on February 11, 1904 in Alès, France, to Paul Randon and Alphonsine Delphine Yéta Soutoul. Her birth name was Lucile Randon. At the young age of 12, she became a governess, a caretaker and private teacher, to three younger children. At 18, she was appointed to a prominent teaching position to a wealthy family in Versailles. At age 19 she converted from Protestantism to Catholicism and at the age of 40, joined The Company of the Daughters of Charity of Saint Vincent de Paul and became a nun, taking the name Sister André in honor of her elder brother.

At the end of World War II Sister André was sent to care for orphans and the elderly in Vichy, France. She remained there until 1963 when she was sent to work at a hospital in Drôme. She retired from full-time work in 1979 but continued to care for the elderly until she was 100 years old.

At the age of 105 she moved to the Ste. Catherine Labouré retirement home in Toulon in 2009. Sometime in the early 2010’s she became fully blind and was restricted to a wheelchair. When she turned 115 in 2019, Pope Francis sent her a personal letter and blessed rosary. Then in January 2021 she was diagnosed with Coronavirus during an outbreak at her retirement home, but by her birthday on January 18th, she was testing asymptomatic, making her the oldest known survivor of the COVID-19 pandemic.

For her 118th birthday, Sister André received a birthday note from the French president, Emmanuel Macron. On the 19th of April 2022, she became the world’s oldest verified living person after the death of Kane Tanaka. She felt this was a “sad honor”, saying: “I feel I would be better off in heaven, but the good Lord doesn’t want me yet.”

According to the Gerontology Research Group, the oldest living person is now Maria Branyas Morera of Spain at 115 years and 320 days, as of Wednesday. 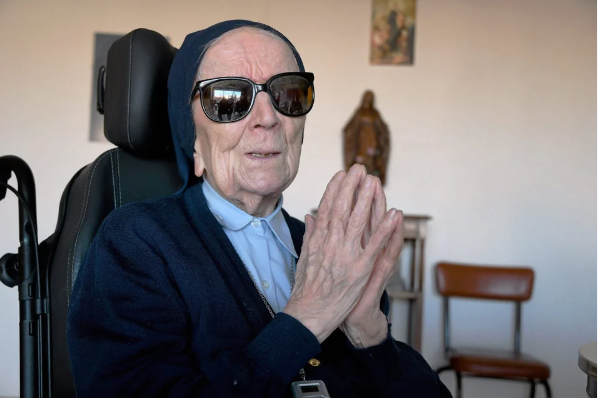