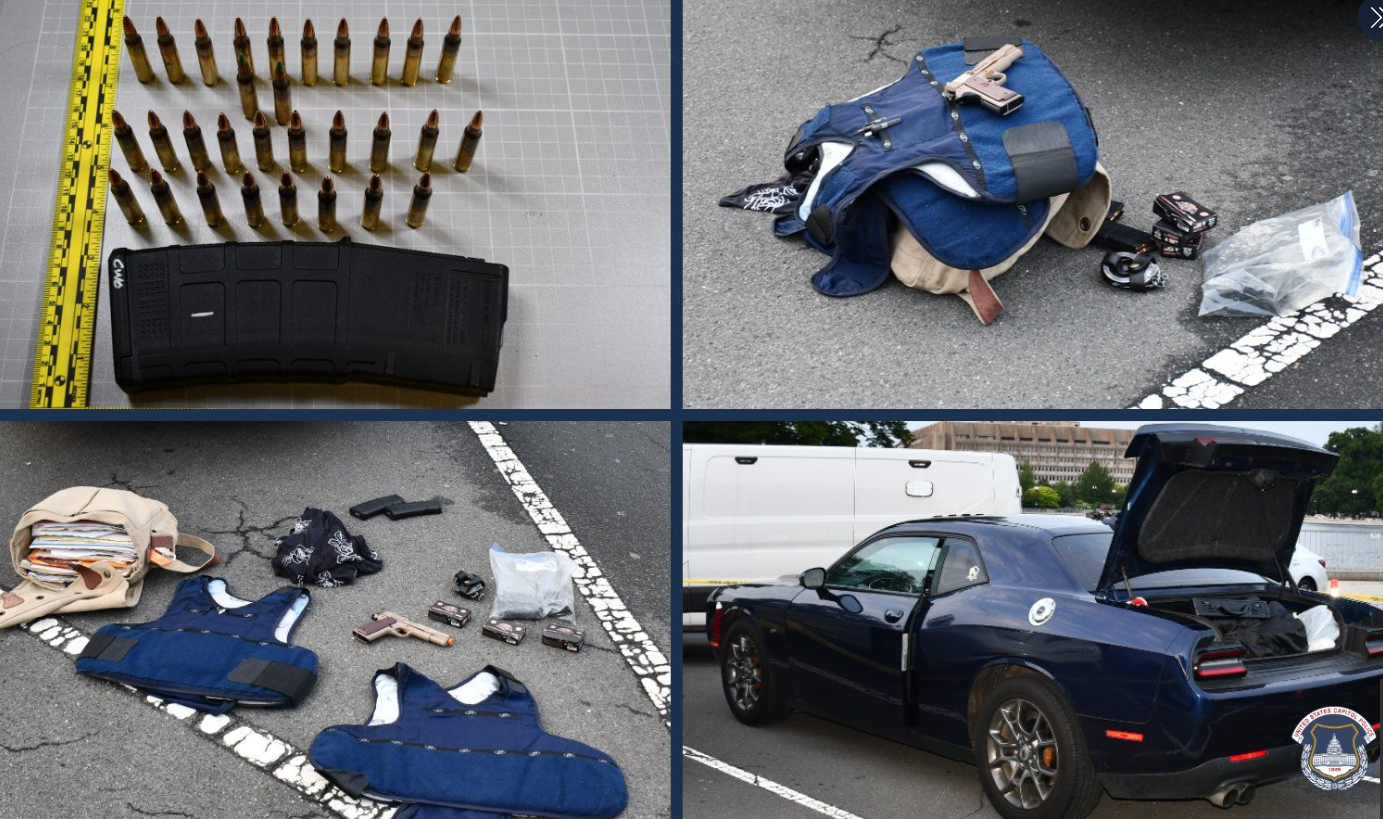 “A Michigan man was arrested outside of the U.S. Capitol this morning after he was found with a fake badge, a BB gun, body armor, high capacity magazines and other ammunition.

Just before 5:00 am, a U.S. Capitol Police patrol officer started talking to a man who had parked his 2017 Dodge Charger near Peace Circle, on the West side of the Capitol.

The man was identified as 53 year old Jerome Felipe out of Flint, Michigan.

Felipe, who is a retired police officer out of New York, presented the USCP officers with a fake badge that had “Department of the INTERPOL” printed on it. Felipe also made a false statement that he was a criminal investigator with the agency.

Felipe gave officers permission to search his vehicle. The officers discovered a BB gun, two ballistic vests, several high capacity magazines, and other ammunition in the car. No real guns were found.

Investigators are still working to determine the reason Felipe was parked near the U.S. Capitol.