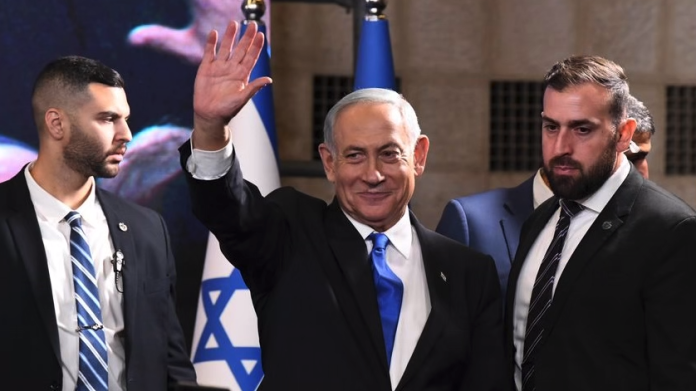 It’s official: Benjamin Netanyahu, a former Israeli prime minister, has won this week’s elections, bringing his coalition of far-right parties back to power.

The Times of Israel confirmed late in the day Thursday: “As the final thousands of votes were being tallied Thursday evening, Prime Minister Yair Lapid called opposition leader Benjamin Netanyahu to concede the race and congratulate him on his election victory.”

A resounding victory for Bibi’s conservative coalition is anticipated, with up to 65 seats in the 120-member Knesset.

“The state of Israel comes before any political consideration,” Lapid announced. “I wish Netanyahu success, for the sake of the people of Israel and the State of Israel.”

Since June, Lapid has served as interim prime minister. In the previous three and a half years, four deadlocked elections had failed to form a definitive administration. Netanyahu is anticipated to retake the presidency.

After serving as prime minister from 1996 to 1999 and more recently from 2009 to 2021, the chairman of the Likud party will likely hold the role for a third time. He has been in office for 15 years, making him the longest-serving president in the nation’s history.

Danny Danon, a former Israeli ambassador to the UN and potential future Knesset member in the next government, was quoted as suggesting that the new Netanyahu administration’s primary priority will be to combat Iran. He said, “I think if we will win, if Netanyahu will return to his position as prime minister, we will be able to put the issue of Iran on the front lines and we will expect our colleagues in the U.S. also to address this threat”

We’ll see what Netanyahu’s approach to the White House will look like with Biden at the helm, and fewer Republican allies in high positions in Washington.

Congratulations to @netanyahu on winning the elections. It’s always important to see real democracy in action. ?? & ?? share common values & challenges that now require effective cooperation. We hope to open a new page in cooperation with the new ?? Government for ??&?? benefit!