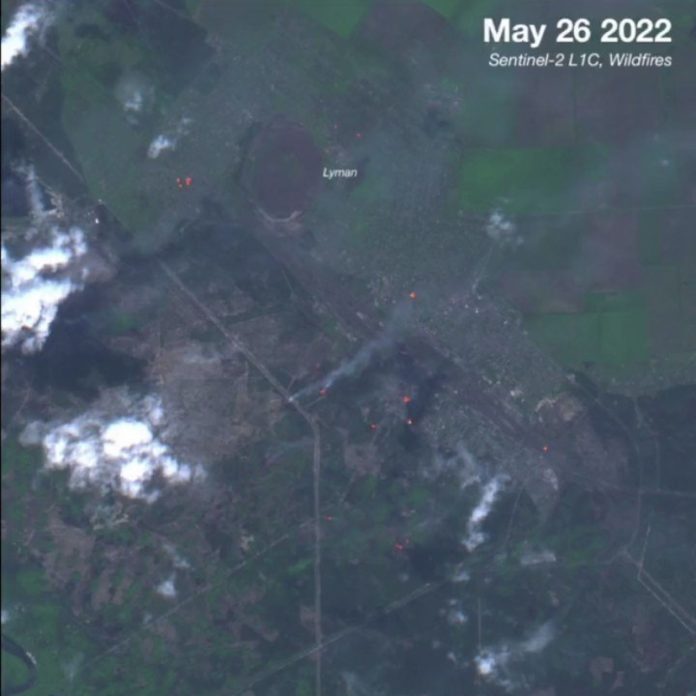 Ukrainian Presidential Adviser Arestovych has now confirmed that Russian troops have captured the city of Lyman. Earlier today, Chechen leader Kadyrov claimed that DPR and Russian military units entered the city the morning of May 26th. Russian backed separatist forces on telegram claimed they captured the Vulystan Hospital at the center of the city two hours ago.

The Russian and DPR flags have been raised at the administrative buildings in the center of the city. Russian troops seem to have entered the city through the south where masses of infantry went house to house, repelling Ukrainian forces, then “inspecting homes and documents of civilians”.

There is an unconfirmed Ukrainian troop presence near Lake Lymanske in the Northeast sector of the city, but Russian Armored columns have also been spotted in the North parts of the city. Ukrainian troops of the 79th Airborne Brigade drove several BTRs West, out of Lyman approximately two hours ago. The Sentinel 2 satellite imagery above shows wildfires breaking out in several parts of the city, especially the city center and to the South.

The below video reportedly shows Ukrainian troops of the same Brigade fleeing the city. 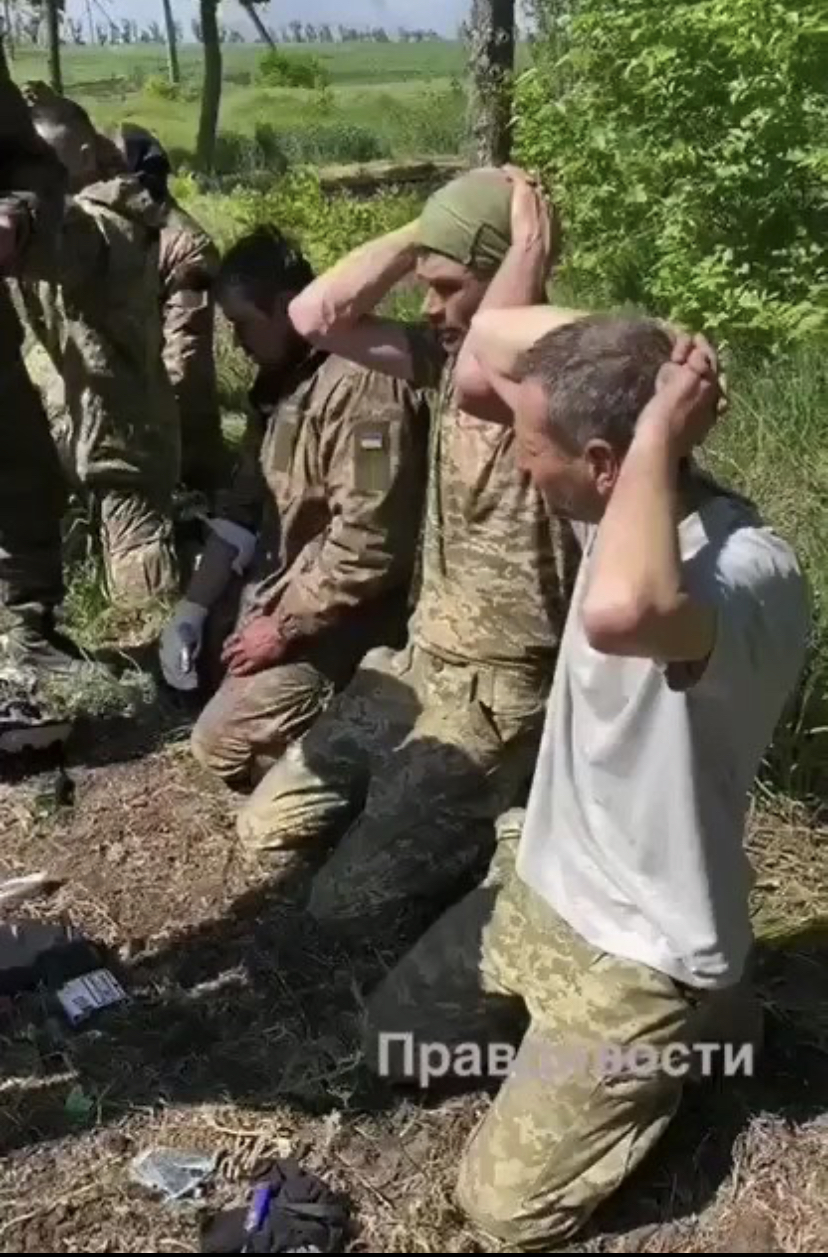 Previous article
U.S. Marines To Stand Up MQ-9 Squadron in Hawaii
Next article
Surveying Destruction and Civilian Day to Day in Ukraine