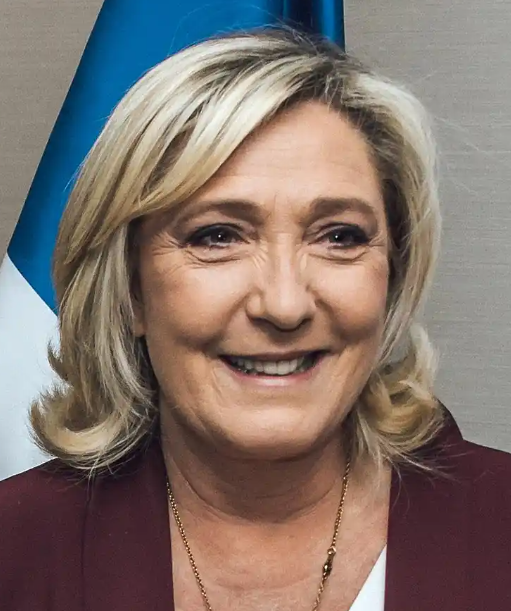 Former French Presidential Candidate Marine Le Pen was struck by eggs while walking down a street in Saint-Amand-les-Eaux moments ago. Le Pen can be seen shielding her eye after being struck. Her Public Relations Manager said that the injuries were “marginal” and “she didn’t even have a shine”, referring to a black eye. A nearby shop keep told reporters that he heard the agitator say “fuck your mother”, before throwing the eggs.

French President Macron was re-elected with 58.55% of the vote to 41.45% for Le Pen in the second round of the election during Frances presidential elections last month.

Marine Le Pen’s  controversy is a result of comments, made during a speech to party members in Lyon on 10 December 2010, in which she compared the use of public streets and squares in French cities for Muslim prayers with the Nazi occupation of France. She said:

“For those who want to talk a lot about World War II, if it’s about occupation, then we could also talk about it (Muslim prayers in the streets), because that is occupation of territory … It is an occupation of sections of the territory, of districts in which religious laws apply … There are of course no tanks, there are no soldiers, but it is nevertheless an occupation and it weighs heavily on local residents.”