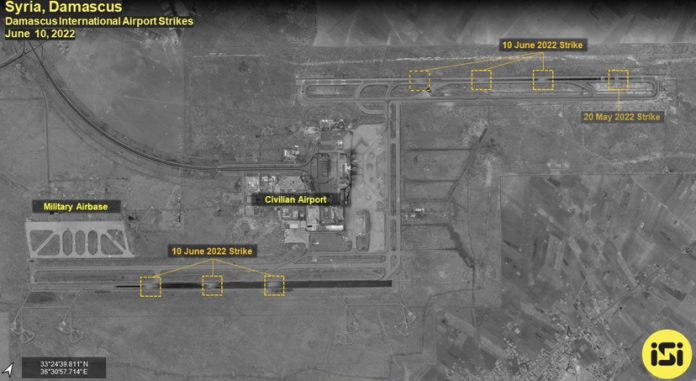 Israeli aircraft conducted targeted strikes against the Damascus International Airport yesterday. Airport officials have just announced that the the facility will be closed until further notice while the damages are being repaired.

As shown in the imagery above, Israeli aircraft struck both runways with at least three munitions, cratering the runway at intervals that make it unusable to civilian traffic. The justification of the strike was that the airport was a major hub for arms shipments to Hezbollah.

Two international flights have departed the Aleppo airport in the last six hours in a shift in operations since the strikes.

The strikes did not target the nearby Syrian air base which is home to Syrian and Russian aircraft.