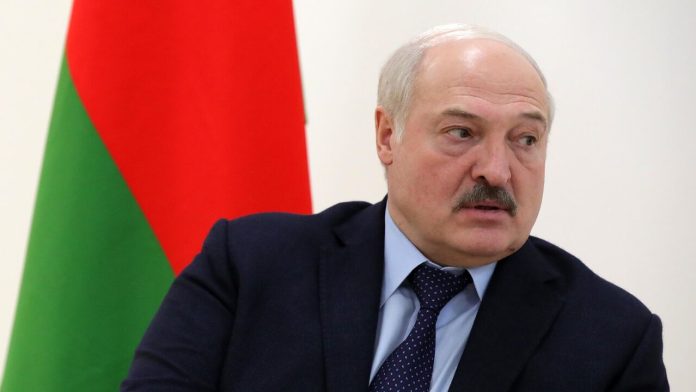 Belarusian President Lukashenko released a press statement and sat down with Russian state owned media to discuss the sky-rocketing tensions between Belarus and Ukraine. He said:

”I want to warn the hawks and tell you frankly: a little less than a month ago, I ordered the units of the Armed Forces to target, as it is now fashionable to say, decision-making centers in your capitals, with all the ensuing consequences.

He warned that if “only the opponents of Minsk dare to strike, as they plan, on Gomel , in the south, on the Mozyr Oil Refinery , on the airfield in Luninets or Brest , the answer will be instant, just in one second. We have what to answer, and not only with what we recently talked about with the President of Russia . I have been preparing for this for a long time. Remember, I spoke about rocket production? Polonaises – you are completely under attack by these missiles. I don’t I will watch who is in the offices and who is sitting in the palaces. We will respond harshly and decisively”.

In this same release he told reporters that Ukraine had launched several missiles towards Belarus and their military had intercepted “some rockets”. He did not specify when the strike occurred or the intended target or how many missiles were fired.

This type of rhetoric, on the eve of Belarusian Independence Day tomorrow, and the sky rocketing tensions between Ukraine and the West against Belarus and the Russian Federation could signal an attempt for Lukashenko to give his people a casus  belli in becoming a direct belligerent in the 2022 Russo-Ukrainian war.