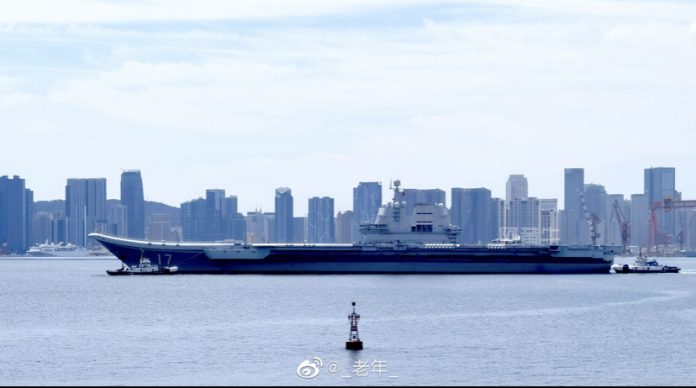 Photos published today in Chinese state owned media show the CV-17 Shandong departing the port after nearly 3 months of maintenance. She was spotted with at least two of her compliment of 30 J-15 carrier borne interceptors. 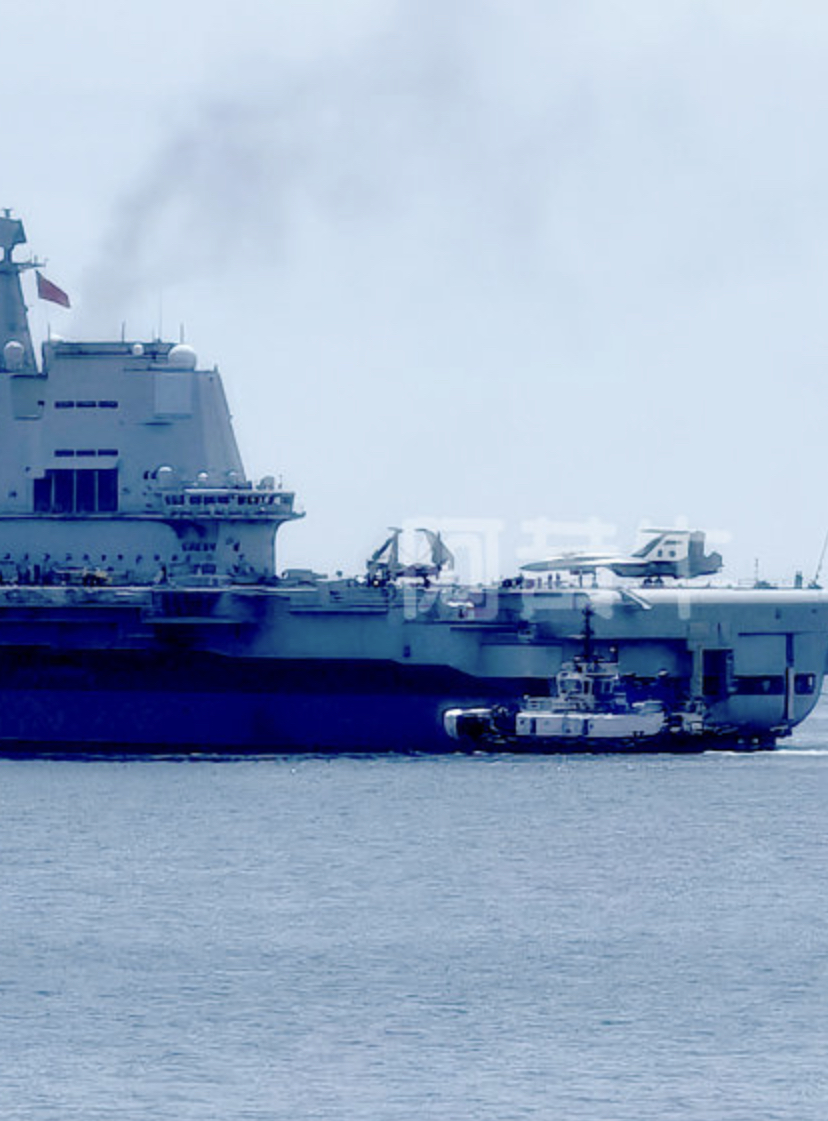 After sailing through the Taiwan Strait on March 18th, Chinas second carrier entered the Dalian Shipbuilders Port to undergo its first maintenance cycle. This is the first scheduled usability enhancement maintenance of the Shandong back at its shipyard since its commissioning into the PLA Navy in December 2019 in Sanya, South China’s Hainan Province, and the workers at the shipyard are working extra shifts for the refurbishment, according to the Chinese media.

The maintenance reportedly included painting of new non-skid coating to its flight deck. While the first maintenance cycle of the Liaoning lasted 6 months, the Shandong may have departed after only three. 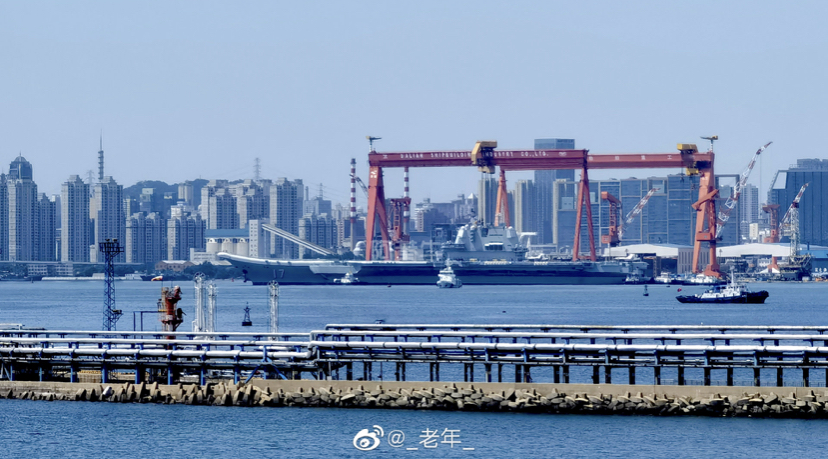 The CV-16 Liaoning is still reportedly still in the East China Sea where it was spotted at the end of May operating near the Japanese Miyako islands.