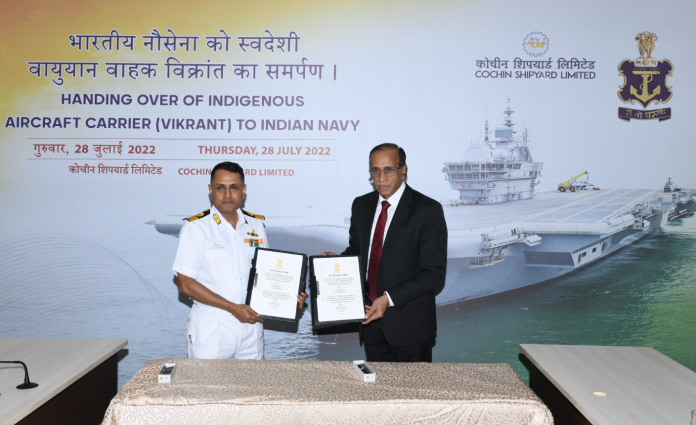 The Indian Navy has officially received the Indigenous Aircraft Carrier (IAC-1) to be named INS Vikrant in the commissioning ceremony on August 22nd, 2022. At present, India has only one aircraft carrier, the INS Vikramaditya, which is a Russian-origin platform that India had acquired in 2013. However, with the delivery and eventual employment of the Vikrant, India joins the elite groups of nations which have domestically produced an aircraft carrier including China, Russia, the United States, France, the United Kingdom, and others.

The Indian Ministry of Defense reported last week that the vessel completed its fourth round of joint sea trials with Navy personnel and Cochin Shipyard Ltd (CSL) who built the vessel under the “Made in India” initiative, meant to curb the amount of foreign influence through arms sales. For example, India’s most exquisite air defense system, the S-400 is a Russian purchase, as well as their lone carrier. 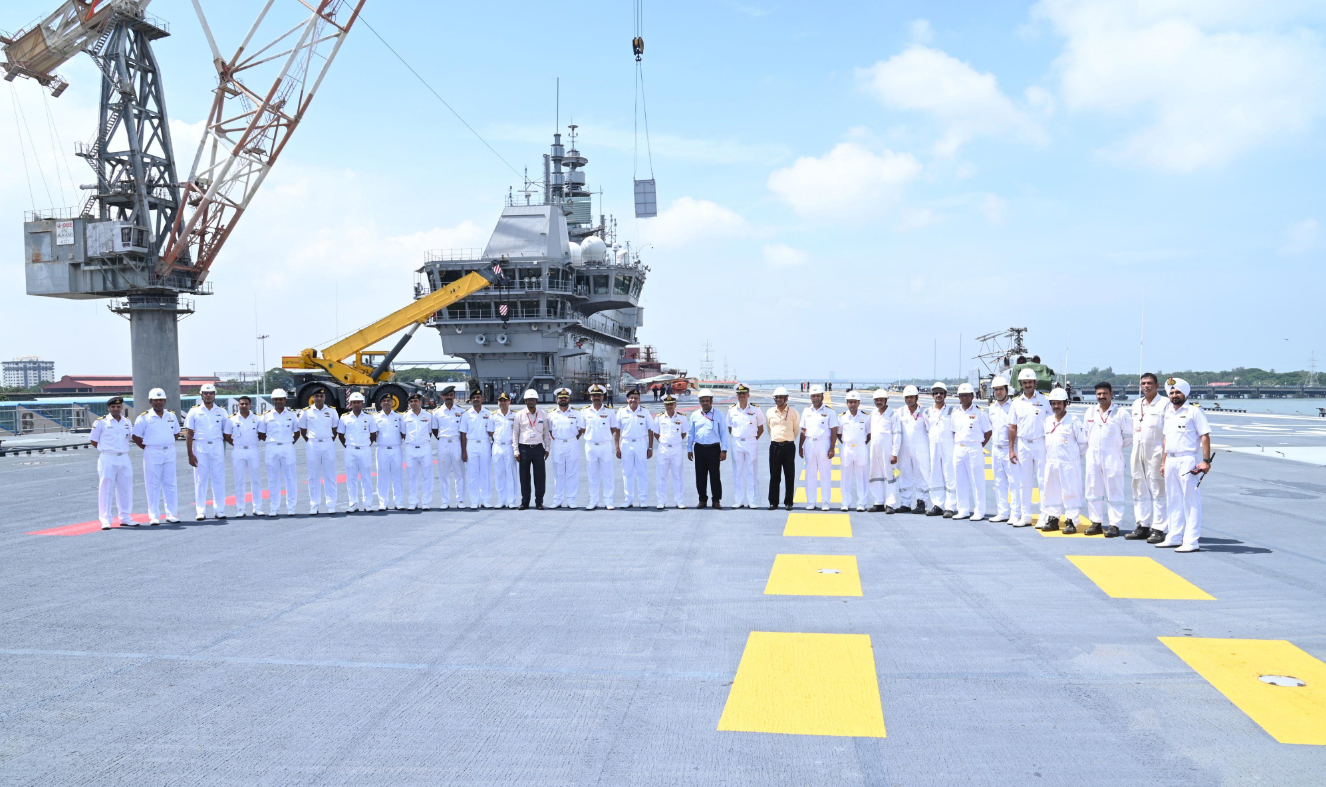 Work on the ship’s design began in 1999, and the keel was laid in February 2009. The carrier was floated out of its dry dock on 29 December 2011 and was launched on 12 August 2013. The basin trials were completed in December 2020,and the ship started sea trials in August 2021.Vikrant is likely to be commissioned into service on 15 August 2022 to celebrate “Azadi ka Amrit Mahotsav” (75th year of India’s Independence day), with flight trials of aircraft expected to be completed by mid-2023. The total cost of the project was approximately 23,000 crore (US$2.9 billion) at the time of first sea trials. (wiki)

The indigenous aircraft carrier INS Vikrant is 262 m (860 ft) long and 62 m (203 ft) wide, and displaces about 45,000 metric tons (44,000 long tons). It will feature a STOBAR launch and recovery system and have a ski jump to support a carrier air wing of about 30 fixed wing aircraft. This wing will most likely be comprised of MiG-29K which is the aircraft currently operating off of the Vikramaditya. It will be crewed by about 150 officers and 1400 crew members. Further statistics: