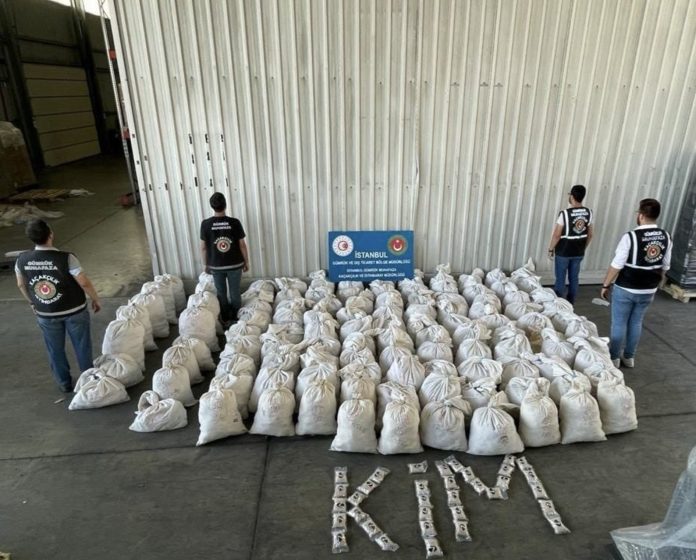 On August 27th Turkey had its largest ever captagon bust where security forces seized 12.3 million pills. Captagon is an amphetamine pill, popular across the Middle East. The pills were hidden inside a shipping container before they were seized in Istanbul. The final destination for the pills is unknown, it is unlikely to be Turkey, as the predominant captagon consumer markets are the gulf states, particularly Saudi Arabia, and more recently Jordan and Iraq.

The pills were likely produced in Syria, the largest producing state of captagon, and were packaged with the common captagon packaging logo of the Lexus L. Many captagon seizures originating back to Syria have featured the L packaging. 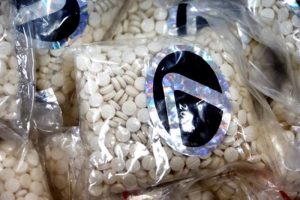 Earlier this week, in Northern Syria 1.5 million captagon pills were seized. The pills are said to be seized by Hayat Thairun lil-Tahrir, a faction group of the Syrian National Army, which opposes Bashar Al Assad’s regime.

The pills were reportedly from regime held territory, and were being transported by Hezbollah, an ally of Assad’s regime. This is consistent with research on the captagon trade which shows complicity from the Syrian state in the illicit trade. The pills were also packaged with the L logo.  This graph shows a number of captagon producing labs, the majority are in regime held territory.