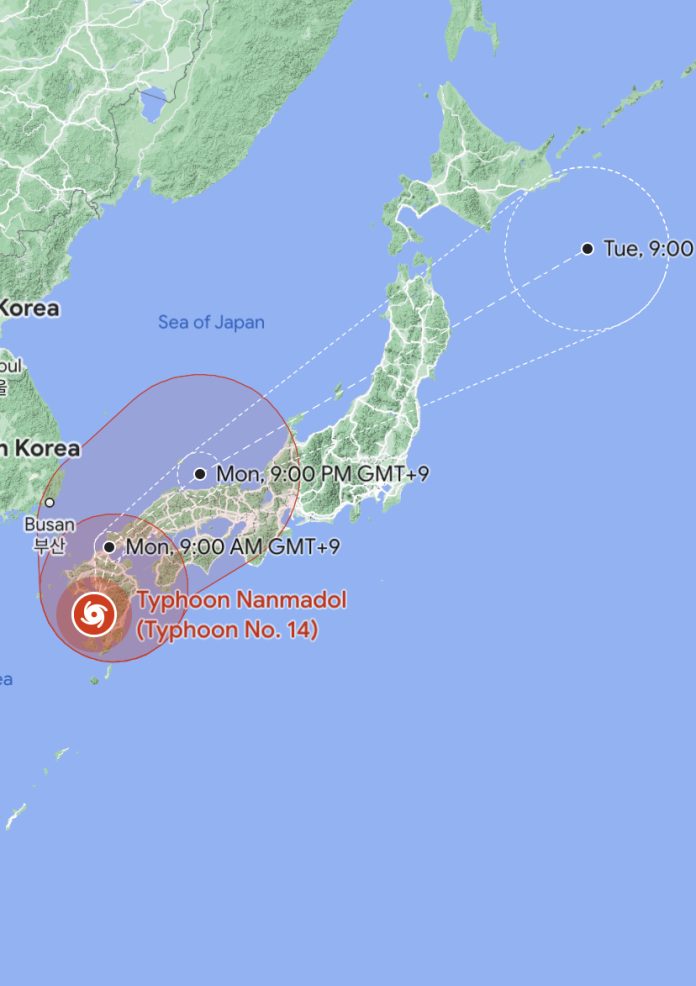 Japanese authorities have issued a level 5 alert, the highest on Japan’s disaster warning scale, to more than 330,000 people in about 160,000 households in Kagoshima, Miyazaki and Oita prefectures.

A total of nearly 8 million people in about 3.7 million households affected by a level 4 alert were ordered to evacuate in parts of the Kyushu, Shikoku and Chugoku regions.

The Miyagawa River has already began flooding in the face of heavy rainfall. There has also been reported heavy rainfall and wind in Miyazaki and Kitakyushu. Sixteen hours ago heavy rain and wind had been developing across much of Southern Japan.