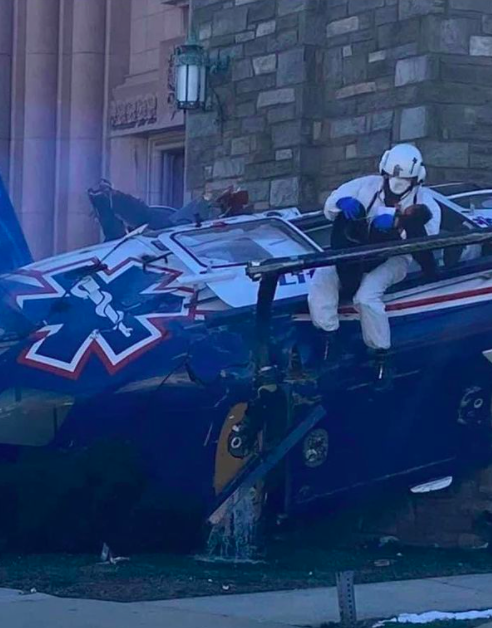 The pilot of a medical helicopter that crashed in front of a church while transporting an infant to Children’s Hospital of Philadelphia (CHOP) on Tuesday has been hailed as a hero and credited with saving everyone onboard the flight. An exact cause of the crash has not been determined, but at some point, during the flight, the pilot was forced to make an emergency landing where he avoided buildings, trees, and cars before crashing and skidding to the front steps of the Drexel Hill United Methodist Church. 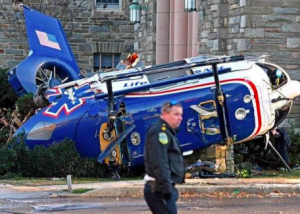 The infant was transferred to an ambulance before heading to CHOP. The pilot, identified as Daniel Moore, was seriously injured but is expected to survive. The infant, flight medic, and accompanying nurse were all uninjured while there were no reported injuries on the ground.
•
The first photo shows the flight medic carrying the infant from the crashed helicopter. 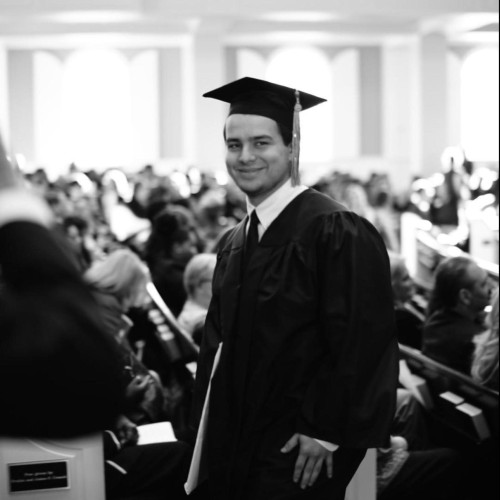