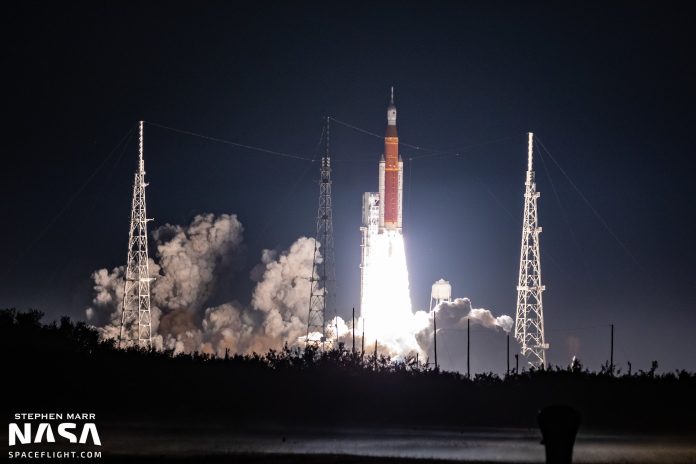 As of 1:47 ET this morning, the new SLS (Space Launch System) rocket has completed a successful takeoff for NASA’s mission around the moon. Originally planned for a launch on August 29th, technical problems, storms, and related logistical nightmares held back the countdown for liftoff until now. This launch serves as a miniature mission for a larger purpose. A rehearsal for manned missions to the moon is planned for later on this decade if all goes well with the current launch, Artemis 1.

The U.S. is making a go for the moon again, after a half-century removed from NASA-sponsored Apollo 17, which was the last manned mission to the famed lunar surface. Over a decade in the making for the planned return, the United States is clearing the path for another take on the moon. Although this specific mission will be an unmanned one, a manned mission is planned in 2025 with the Artemis 3 program.

After mounting delays, Artemis 1 is finally getting off the ground. Congress originally mandated the first launch to be held in December 2016, but it’s been delayed an astounding 18 times. At the cost of more than 5 years tacked on to the original 6-year schedule, and several billion dollars in development cost, Artemis 1 is finally able to score a victory.

The mission is expected to last up to 42 days. The reach of the planned stages of the orbit is extensive to say the least. The Orion capsule will come as close as 62 miles to the surface, and as far as 40,000 miles away from the grey satellite planet. The planned feat will break any records for carrying astronauts from any previous spacefaring mission. The finale of the mission will be epic. Orion will return rapidly to Earth, traveling at 25,000 miles per hour, and will splash down in the Pacific Ocean. A main aim of the overall mission will be the evaluation of the capsule’s heat shield. Orion’s shield will test atmospheric re-entry temperatures fluctuating as high as 5,000 degrees Fahrenheit.

Aerojet Rocketdyne, Northrop Grumman, and the United Launch Alliance (Boeing & Lockheed Martin) are the key private sector companies in ensuring the successful execution of the Artemis program. Delays and deadlines aside, the collective effort of the public and private sectors has propelled humanity back into the space race! 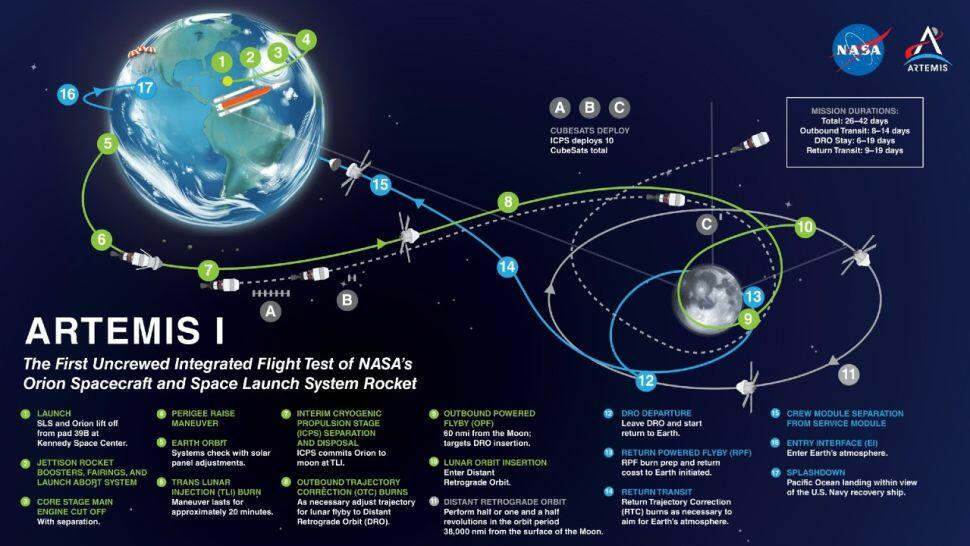