Crypto Is In Shambles, and FTX May Be Saved

“Cryptocurrency exchange FTX, just months removed from looking like a shining survivor in a struggling industry, succumbed Tuesday to a sudden liquidity crunch of its own and was taken over by rival Binance.

The deal signals a power shift in the crypto world, which has been decimated by rising interest rates and investors’ retreat from risk. The pact marks a victory for Binance founder Changpeng Zhao and a humbling comedown for Sam Bankman-Fried, the founder of FTX, which had been growing in size and recognition before a clash between the two men set off a series of events that shook investor confidence in his firm.”

The news of an agreement with Binance was what caused the 44 percent increase. In less than 4 hours, the rally to the bottom showed reversal, but that doesn’t mean a deal is bound to happen. Binance agreed to an unsecured Letter of Intent (LOI), but can back if they choose. In a fundraising round held in January, FTX was given a $32 billion valuation. Its market capitalization is presently $732 million at $5.52.

FTX is the brainchild of Sam Bankman-Fried, the millennial billionaire hailed as a savior of the crypto industry this summer. The markets don’t share the same favorable opinion of bitcoin, as they do for him. So far, bitcoin is down 61% YTD. 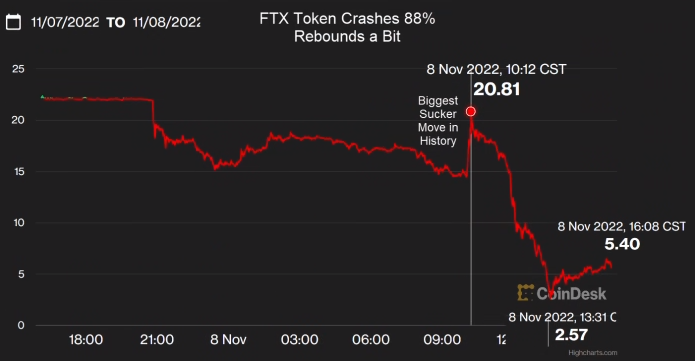 As protests continue to grip the nation of Iran,...

Reports of ethnic based violence by the Taliban continue...