Russian Invasion of Ukraine Through The First 72 Hours

Russian Invasion of Ukraine Through The First 72 Hours 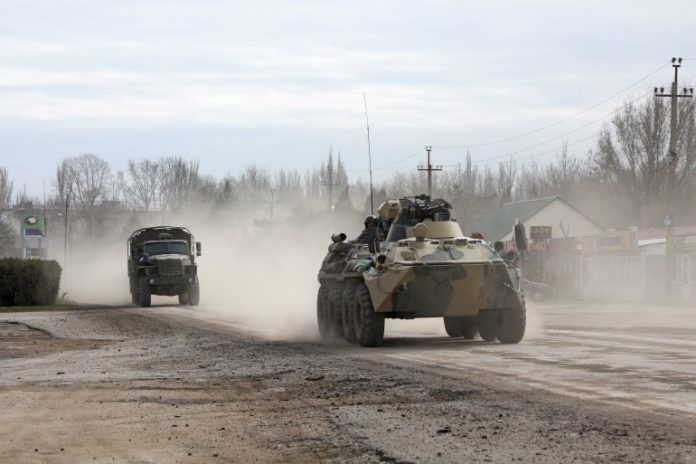 The ISW Ukraine conflict maps pictured throughout this article display the Russian advancements over the first three days of the invasion.

RU forces are currently moving along four fronts: one from Belarus moving south towards Kyiv, one moving west from Kursk and Belgorod, one pushing north from Crimea, and one in Donbas. 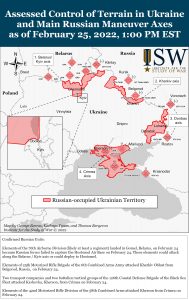 Belarus front: RU forces have pushed to Bucha and Irpin just outside of the capital to its northwest, but have made little advancements in the past two days as they face heavy Ukrainian resistance. There have been sporadic instances of fighting within Kyiv, especially towards its northeastern districts. RU forces were successful in capturing Chernobyl and pushing forces further south from that point.

Kursk/ Belgorod front: As we saw before the invasion, Belgorod and Kursk had some of the most significant troop build-ups. Ground offensives were quick to enter Ukraine along the border but were slowed up by Sumy and Kharkiv. RU forces appear to have bypassed Sumy to move further west. Sumy has not been captured and some of the heaviest fightings of the conflict continue there. RU forces at Kharkiv have been continuously shelling Ukrainian frontline positions and earlier today attempted to deploy infantry forces inside of the city to no success.

Crimea Front: RU forces have been able to take control of the Antonov bridge over the Dniepr river, where they have broken through defense positions at Kherson. The city has not fallen, but like in Sumy, fighting continues as they push onwards. Additionally, RU forces are moving East in an attempt to attack Mariupol from two sides, the other being the Donbas frontline. The Kherson front has also seen some significant air to ground and air to air combat. 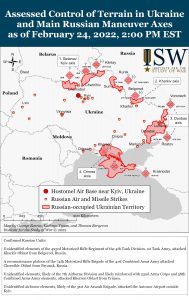 Donbas front: This front has seen significant fighting and shelling since the beginning of the invasion, but has seen little development in regards to moving. Keep in mind this is where the frontline has been for nearly eight years so trenches and positions are dug in deep. Because of this, RU and separatist forces have concentrated efforts to push north through Luhansk.