The Ukranian government has ordered investigations into several Moscow related Orthodox Churches on the grounds that they are helping the Russian war effort. 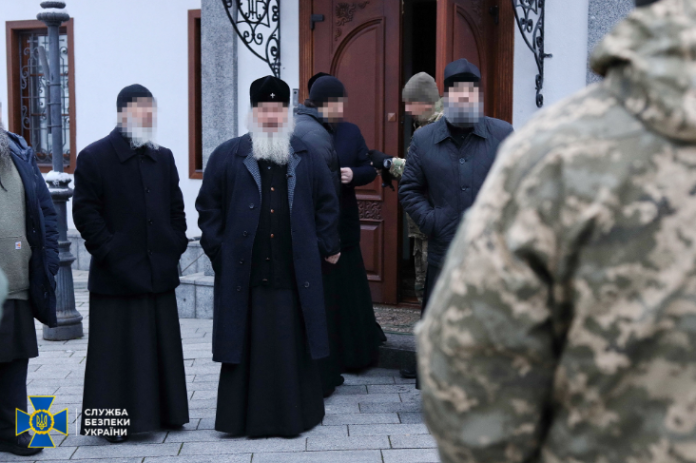 This is particularly noteworthy as the majority of people in Ukraine declare themselves as some form of Orthodox Christian. In the nation, the Ukrainian Orthodox Church under the Kyivan Patriarchate in Kyiv makes up roughly 25% of the Ukrainian population, most of which live in the western and central parts of the country. This denomination has had tense relations with the Russian and Ukrainian Orthodox Churches of the Moscovian Patriarchate of Moscow which makes up roughly 15% of the nation, particularly in the eastern part of Ukraine where most of the fighting, and notably, most of the Church investigations have taken place. The two churches have been at odds since the time of the Russian Empire due to the politicization of clergy against certain ethnic groups during both the Empire and Soviet Union. In 1992, the Ukrainian Church officially separated from Moscow with, needless to say, the current war in Ukraine having increased tensions between the two. It is important to note there is a difference between the Orthodox Church of Ukraine and the Ukrainian Orthodox Church, the latter being under the direction of the Patriarch in Moscow and the former being under the direction of those who separated in Kyiv.

On November 22nd, the SBU raided one of Eastern Orthodoxy’s most holiest sites, the Kyiv-Pechersk Lavra, following reports that songs praising the ‘Russian world’ were sung and priests were recorded alluding to “Russia’s awakening”.

During the initial searches, Ukrainian soldiers found things such as leaflets with Russian propaganda, Russian flags and symbolism, Russian passports, rubles, among other various items linked to the Moscovian Orthodox Church. Whether these items are innocuous is debated, with some noting it gives credibility to the claim that certain Orthodox churches are acting as propaganda and intelligence outlets for the Russians. Others claim the confiscated material simply exists due to the Church, and much of the populace’s, close ties to their Russian heritage and culture.

The crackdown has only intensified over recent weeks with controversy being stirred up among Ukranians and Christians worldwide. The Synod of Bishops for the Russian Church has expressed worry on December 8th over concerns of violence and persecution against their Church.

Ukraine has also discussed the possibility of banning all Russian-backed Orthodox Churches.

“Given russia’s armed aggression, these actions are taken, among other things, to prevent the use of religious communities as centers of the ‘russian world’ and to protect population from provocations and terrorist attacks.

With the direct participation of church representatives, law enforcement officers are inspecting the territory and premises (including hotel-type) to identify persons who may be involved in unlawful activities to the detriment of Ukraine’s state sovereignty and items prohibited for circulation.

All actions are carried out in accordance with the law.“

A spokesperson for the Moscow backed Ukrainian Orthodox Church stated last week it had always acted within the framework of Ukrainian law and that there were no legal grounds to put pressure on its followers.

According to Ukraine, the sanctions are enacted against:

These sanctions are in place for a period of 5 years.

The Churches raided by Ukraine, according to the government include: