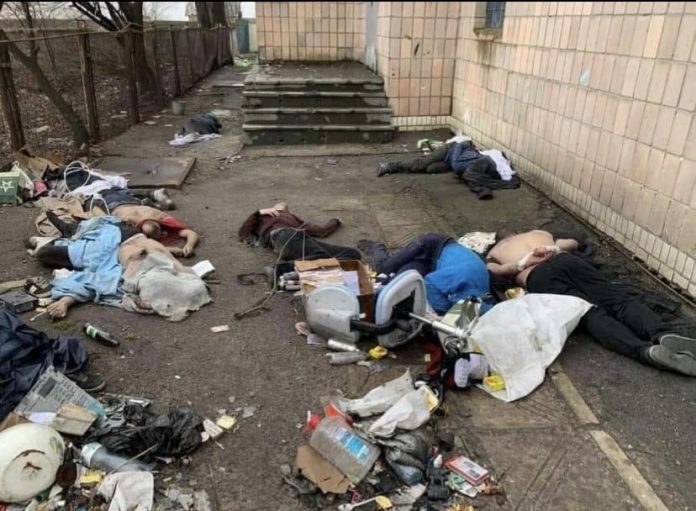 The Ukrainian National Police and the Ukrainian Parliament, Verkhovna Rada, have published disturbing images of what they are claiming to be executed civilians in Bucha, outside of Kyiv.

National Guard and Police are currently clearing Bucha of the unexploded ordinance before civilians are allowed back into the embattled district. Russian troops departed en masse in the last 48 hours as the Russian government claims that their strategic goals have shifted to the Donbas.

Ukrainian civilians in the streets of Bucha earlier today as National Guard and National Police clear the neighborhoods of unexploded ordinance. No word on how old these bodies are, but Russia VK users claiming they were killed by Ukrainian artillery as Russian forces retreated. pic.twitter.com/S633s1xvPb

While impossible to confirm beyond the word of the Ukrainian government at this time, these images are startling.

Bucha has been occupied by Russian ground forces for nearly a month after the seizure of Antonov Airport on February 25th, 2022.