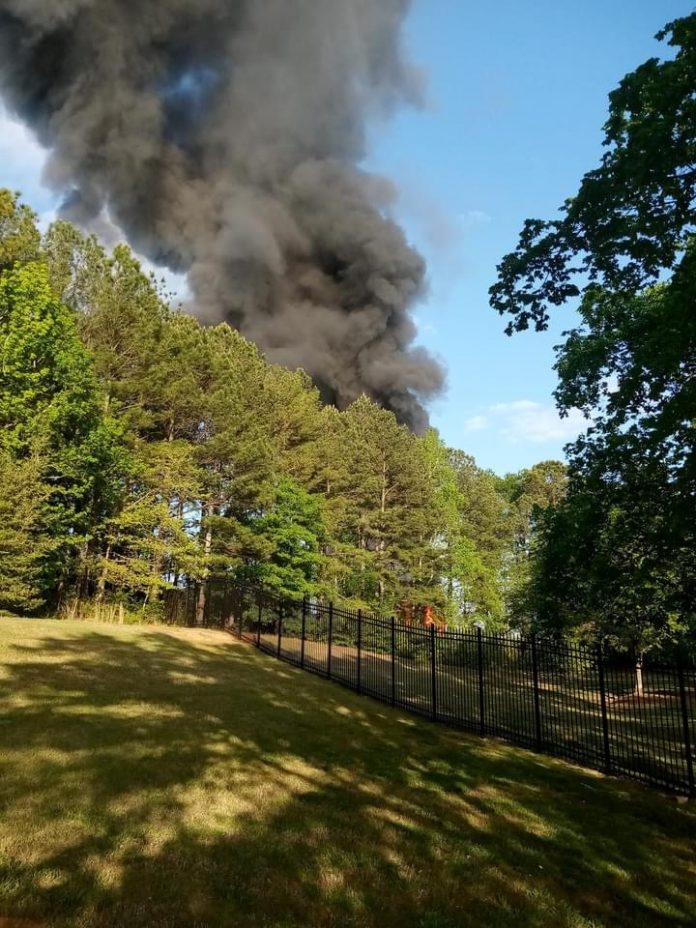 Update: General Mills has confirmed no employees were killed or injured.

Update: Officials reporting no survivors from the twin-engine Cessna that crashed shortly after taking off from the nearby municipal airport.

Update: First responders on the scene identified a small aircraft that crashed in a pasture in front of the water tower to the plant, setting several tractor-trailers on fire.

BREAKING: Officials confirm a small plane has crashed into the General Mills Plant in Covington. These pictures from a viewer show heavy smoke. We have a crew heading to the scene to learn more ?@FOX5Atlanta? pic.twitter.com/GzpjKCwiR1

Bystanders are reporting that an aircraft has crashed into the General Mills Plant in Covington Georgia. Nearby residents reported hearing screams of people inside the plane. No word yet on the type of aircraft, victims, or damage.

@cbs46 @FOX5Atlanta Factory on fire by Home Depot Hazelbrand Rd exit if I-20 in Covington GA. Witnesses have confirmed it was an explosion, and I saw the cloud from it form myself. Home Depot (next door) employees say there were ppl inside. First responders arriving on scene pic.twitter.com/JyFLsBS9Ca

The Covington Plant is located at 15200 Industrial Park Boulevard Northeast and just recently was undergoing expansion last year to add more floor space and jobs to the 400-man factory.