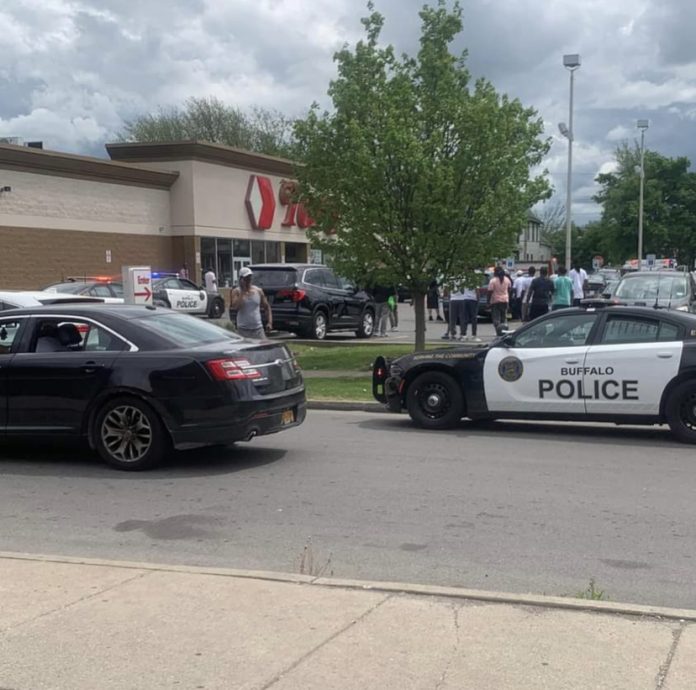 Update: Law Enforcement has surrounded the home of Gendron in Conklin, NY where he departed and drove three hours to the TOPS in Buffalo to conduct the shooting.

There are at least 15 police cars lined up outside the home of suspected white supremacist and Buffalo shooter Payton Gendron, including New York State Police and Bureau of Alcohol, Tobacco, Firearms. pic.twitter.com/Jp2VLMLgRy

Update: The Department of Justice is officially investigating this as a racially motivated act of domestic terrorism. Gendron has pleaded not guilty during his arraignment at a courthouse in Buffalo, NY.

Update: The number killed has increased to at least ten people.

Update: Shooter’s 180-page manifesto has been posted online where he identifies as a white supremacist calling for an increase in the white birth rate and the deaths of “replacers”.

Update: Screenshots from the Twitch Stream have since been deleted. The shooter was documenting a “to-do” list leading up to the shooting.

Update: Apparent screenshot from a video uploaded by the shooter on Twitch, which has since been taken down. 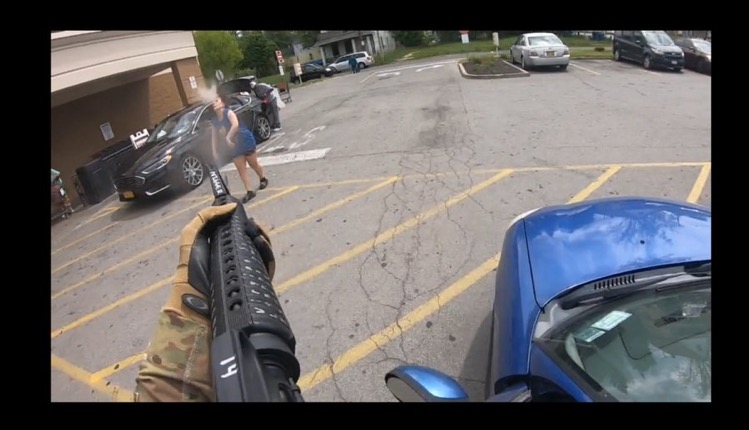 Update: Bystanders captured this video showing the shooter, donned in camouflage being taken into custody with multiple bodies on the ground in the parking lot.

Buffalo Police and EMS active shooter situation at 1275 Jefferson at Tops. At least 3 shot, 2 in the head. MCI/ active shooter rig on the way. Police have 1 in custody. They are clearing the store now.

At least three people have been killed by a suspect at a TOPS supermarket at 1275 Jefferson Avenue in Buffalo, New York.

The Buffalo Police Department Homicide Unit us requested additional units due to “multiple bodies out there”.

Buffalo Police have reported that the shooter is still alive in the supermarket with a ballistic helmet and armored vest.