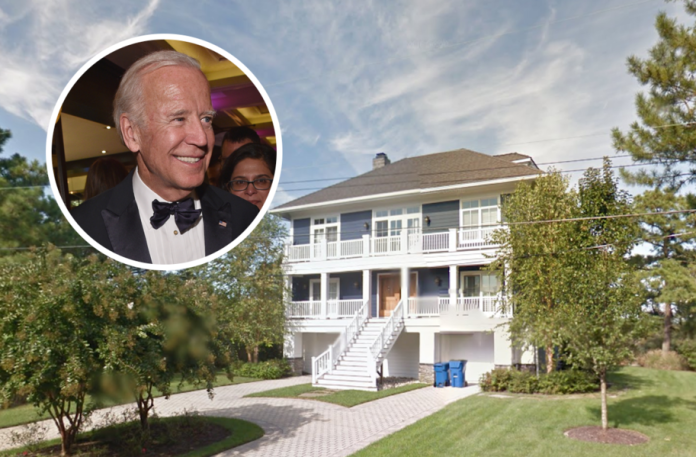 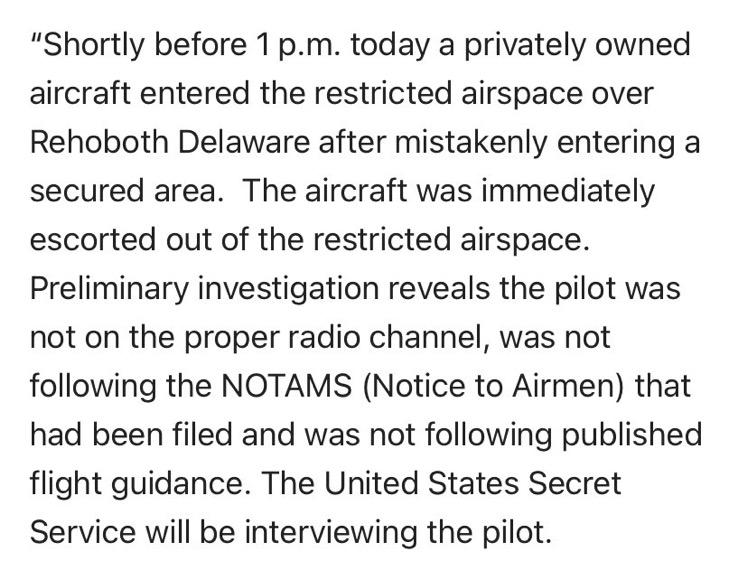 Update (1357 ): No threat to the President or his family. USSS expected to make an official statement soon, aircraft apparently where red airspace by mistake.

Update (1342): Small white plane flew over the Biden home before two military aircraft, says locals. Not clear if this was the violation aircraft. 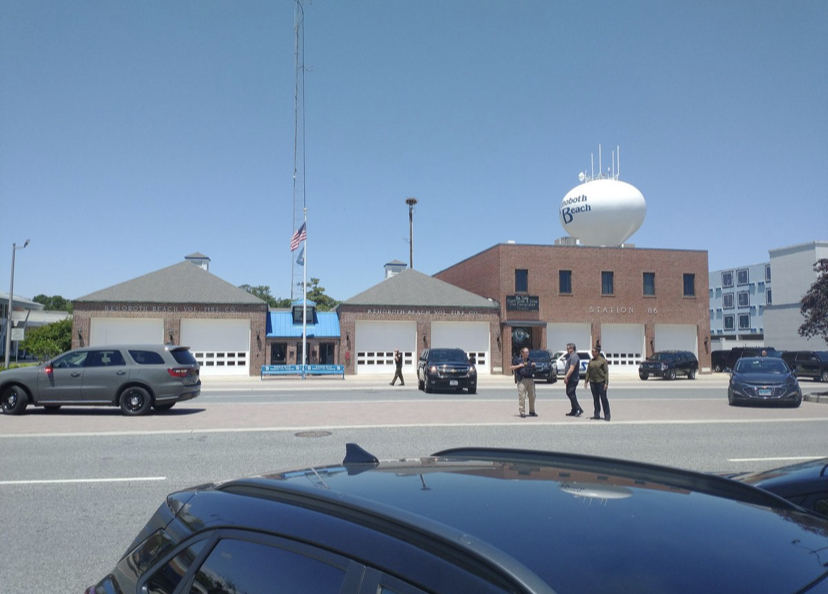 Emergency services have locked down the neighborhood where President Biden maintains a beach home in Rehoboth, DE. An “aircraft incursion” was reported above the residence. It is not clear at this time if President Biden or any members of the first family are there.

From the real estate company that sold the home:

“With six bedrooms and various outdoor and indoor entertainment spaces, the beach house gives the Bidens plenty of room to host their brood of grandchildren. The contemporary house has large west- and east-facing porches, a backyard patio and grill station, and a large dining room open to the kitchen, photos from a former listing show. Property records do not yet show how much the home sold for, but it was most recently listed for around $3 million. The property last sold in 2007 for $3.258 million, according to property records.”