Over 1,000 Killed In Afghanistan Earthquake, Thousands Displaced And Injured In Catastrophic Tragedy

Over 1,000 Killed In Afghanistan Earthquake, Thousands Displaced And Injured In Catastrophic Tragedy Grief and hardship has engulfed the South-Central Asian nation of the Islamic Emirate of Afghanistan, as it is now officially known following the collapse of the former government of Afghanistan in 2021. Over 1,000 people have likely now been killed and more than 1,500 injured after a 6.1 magnitude earthquake in southeastern areas of the country on Wednesday, officials now say. The quake struck about 27 miles (44km) from the city of Khost, close to the country’s border with Pakistan, and was at a depth of 31.6 miles (51km), according to the US Geological Survey. The devastation goes beyond just bodily harm, as reports of entire villages reduced to rubble and debris have circled. Houses built of clay, straw, and wood, crumbled during the quake, leaving thousands of homes destroyed completely, their residents either trapped underneath the wreckage, or stranded in unseasonable cold, some battered by rain, wind and even snow. Recovery efforts still continue, with hopes of saving those who have not already perished as a result of the natural disaster. 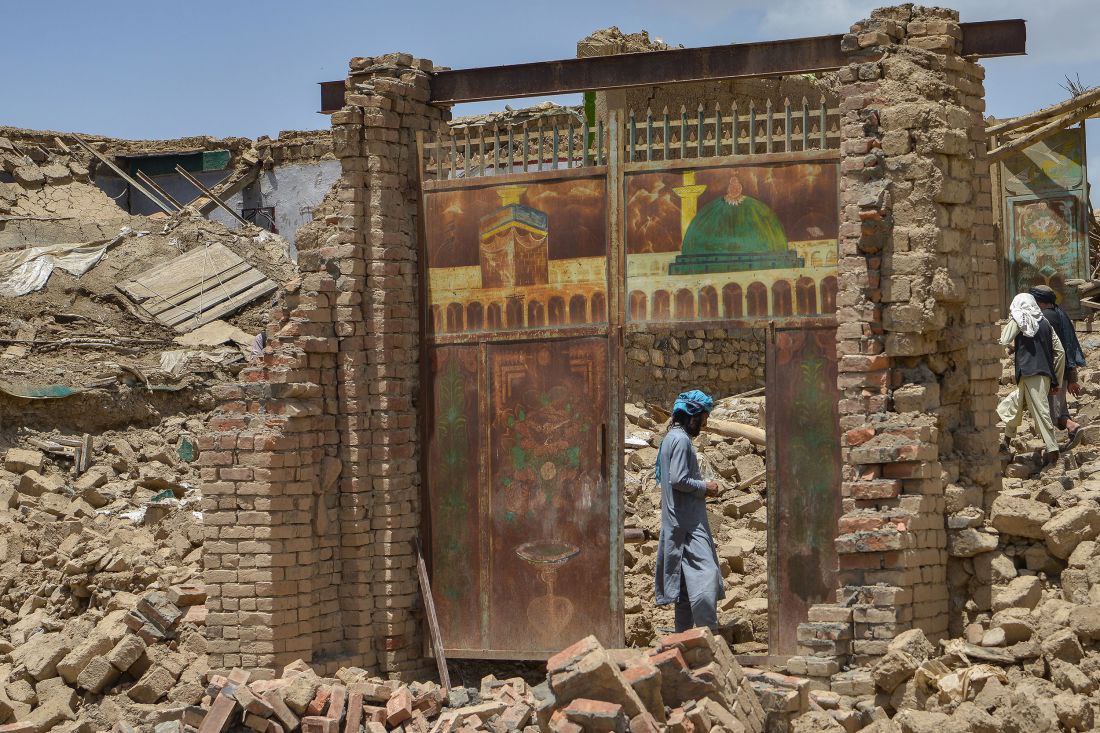 Aid thankfully comes from all places during these catastrophes, and the Afghan people have come all out in community to help their fellow citizens. Small and large cars from local charities with piles of bread in their trunks and large trucks ferrying loads of flour, rice and blankets in the back, among other aid, drive over rough dirt roads to hard-to-access areas, where the populations were hit the hardest. The Afghan people have played a large role in the search and rescue debris removal work as bodies are still uncovered, or as they search to save those still trapped beneath rubble. Afghans have also starting lining up in cities to donate blood to assist with the crisis. The humanitarian disaster comes at a difficult time for the Taliban-ruled country, currently in the throes of hunger and economic crises. Poor communications and a lack of proper roads have acted as obstacles in the relief and aid process say officials. Steep slopes, inaccessible roads, wintery and cold conditions, have forced aid vehicles to find new ways to help. Military helicopters, captured from the previous administration, have been seen buzzing overhead with vital food and medical supplies, flying to replenish and assist in the desperate conditions rural communities are facing. 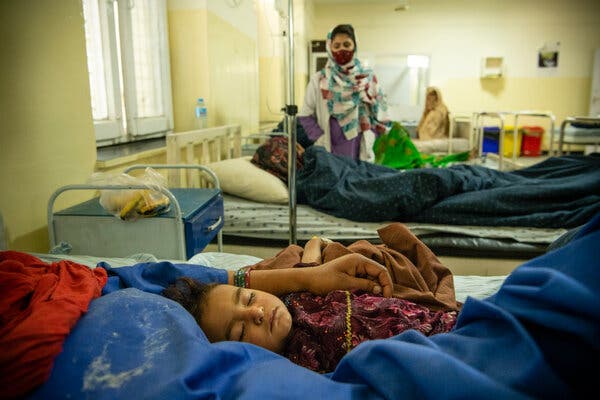 “As hopes of finding more survivors of Afghanistan’s deadliest earthquake in decades waned on Thursday, a mother lay in a hospital bed in this eastern city with her 1-year-old daughter asleep beside her in a rumpled purple dress. Their mud brick house collapsed when the magnitude 5.9 quake struck early on Wednesday morning, and Hawa, 30, woke up choking on dust. She could feel her daughter’s chest barely moving beneath her hand.

They survived the disaster, but four of Hawa’s other children were killed along with 17 other relatives as the quake turned the mountainous, windswept region near the border with Pakistan into a tableau of death and despair.

On Wednesday, about 70 people were brought for treatment to the hospital in Sharana, the provincial capital, said Dr. Hikmatullah Esmat, the public health director of Paktika Province. They included Hawa and Safia. The quake killed Hawa’s three sons, another daughter and 17 other relatives in their village in Geyan district, she said, speaking through tears.

Through clouds of dust and darkness, Hawa could make out her father trying in vain to lift bricks that had collapsed and buried other family members. Unable to move them, he ran toward the center of the village shouting for help. “I didn’t expect to survive,” she said from the hospital bed. For five hours, she remained trapped under a heap of bricks, bracing her left hand to keep the rubble from crushing Safia. Five hours later as daylight broke and a heavy rain beat down on what remained of the town, residents of nearby villages began pouring into the area to try to help. “I lost everything, my whole world, my whole family, I don’t have any hope for the future,” Hawa said, her eyes wet with tears. “I wish I had lost everything, that we had all died, because there’s no one to take care of us, to find money or food for us now.”” – NY Times

Aid efforts have been assisted by groups such as the Red Crescent of Afghanistan (equivalent to Red Cross) and the UN which has dispatched ambulances, mobile teams, rescue operations, humanitarian aid support, and medical supplies and teams of doctors, surgeons, and medical specialists to treat the injured. Dr. Alakbarov, UN Deputy Special Representative and Humanitarian Coordinator in Afghanistan, said “We are concerned about not just non-food items and getting people into shelters and providing medical supplies, but also preventing water-borne diseases… and that could be a very, very unwelcome scenario.” 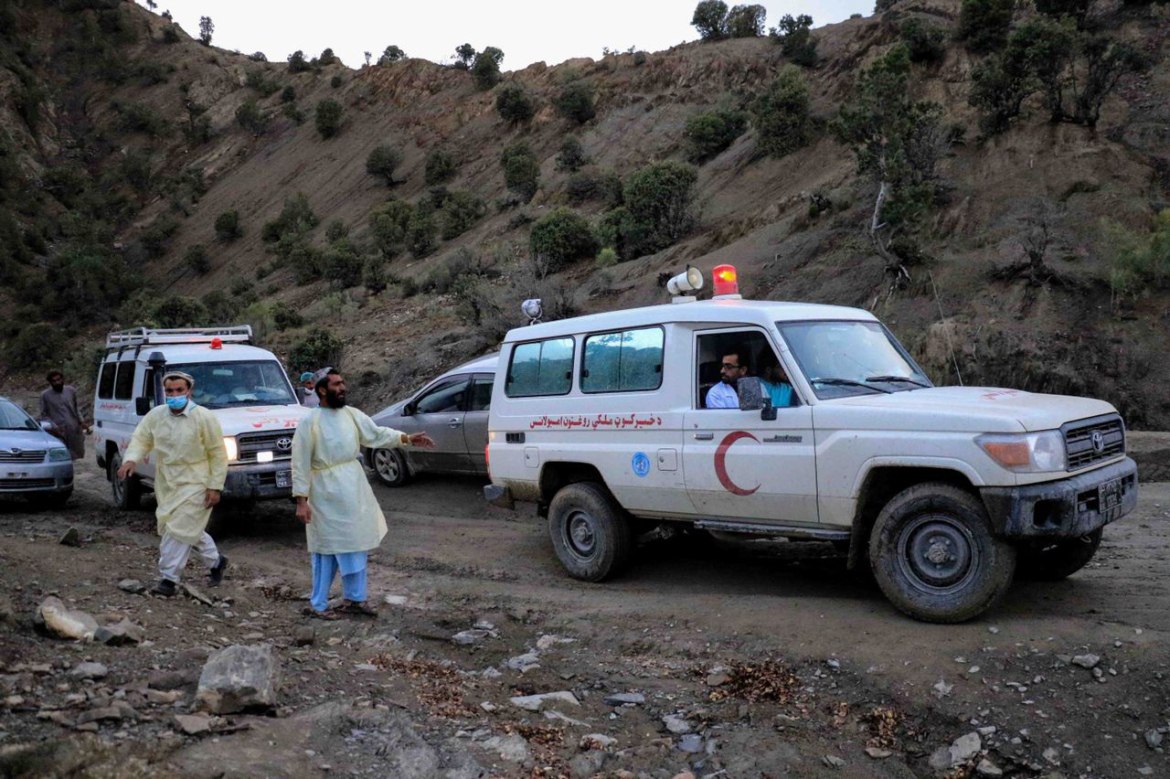 Reportedly nearly 2,000 homes reportedly were also destroyed and scores of people displaced, with vital water systems and other utilities left in disrepair and damaged. Rescue operations and humanitarian support are being carried out in a mountainous area near the border with Pakistan, and amid unfavourable weather conditions, following snow, rain and falling temperatures. 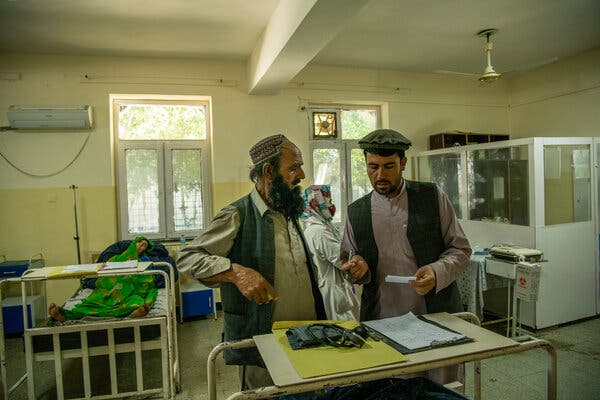 “After the earthquake struck, Gulpar Khan emerged from the rubble and looked out what had once been his door. He could barely believe what he saw: Nearly every house had collapsed and a chorus of his neighbors shouting for help filled the air.

“It was like a scene from a movie — I could never imagine such a thing in the village,” he said Thursday. Mr. Khan, 60, from a village in Geyan District in the devastated province of Paktika, was one of the survivors at a hospital in this eastern city where about 70 people were brought for treatment. He had lost 11 of his relatives — including his cousins, an uncle, his five sons and his wife. He, and others at the hospital, described a nightmarish scene in pounding rain, as homes crumbled, cries for help reverberated and many people lay dead in the debris. Amid the rubble in their home, Mr. Khan and his 20-year-old son could hear the voice of his brother shouting for help from the room next door, he said. Mr. Khan yelled at his son, Spin Wali, to go to the village center and get help, but they quickly discovered little remained of the village.

Mr. Khan climbed to where he heard his brother’s voice and tried to peel away chunks of what had been their home as rain poured on them. His son screamed at him that it was not safe to be in that room but he did not listen, he said. His brother survived.

“In my whole life I never experienced anything like this,” he said.” – NY Times 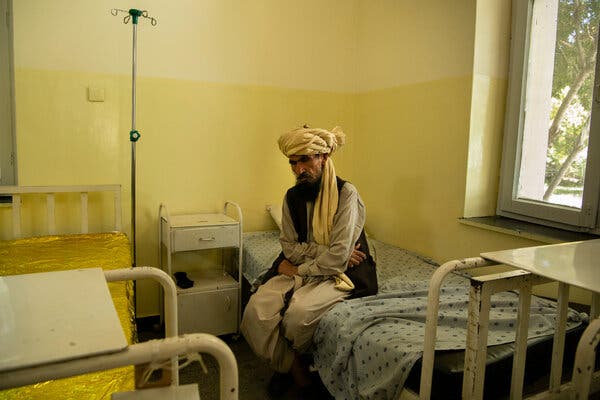 “In the hospital’s men’s ward, Abdul Hanan, 70, lay on a bed in the corner, staring quietly at his hands. He had gone to visit family in Barmal District on Wednesday afternoon and decided to stay the night. He was asleep in their home when he heard a loud rumbling sound and the walls of the mud-brick home began to shake, he said.</p