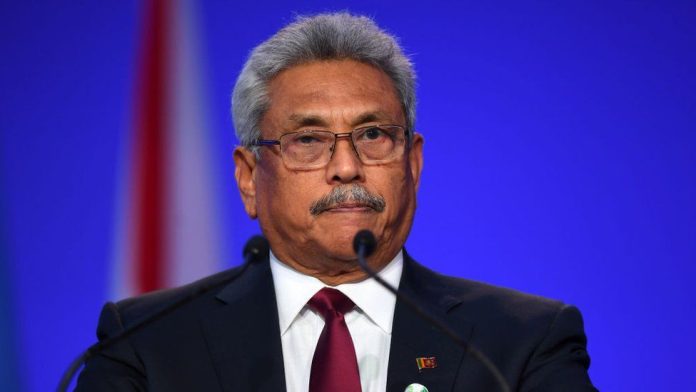 Update (2300 EST): The Office of the Prime Minister of Sri Lanka and the Sri Lankan Air Force have confirmed that President Rajapaksa has been delivered to the Maldives. However, the Sri Lankan Parliament still has not received a resignation letter, possibly in order to  avoid charges wrought from his loss of diplomatic immunity. 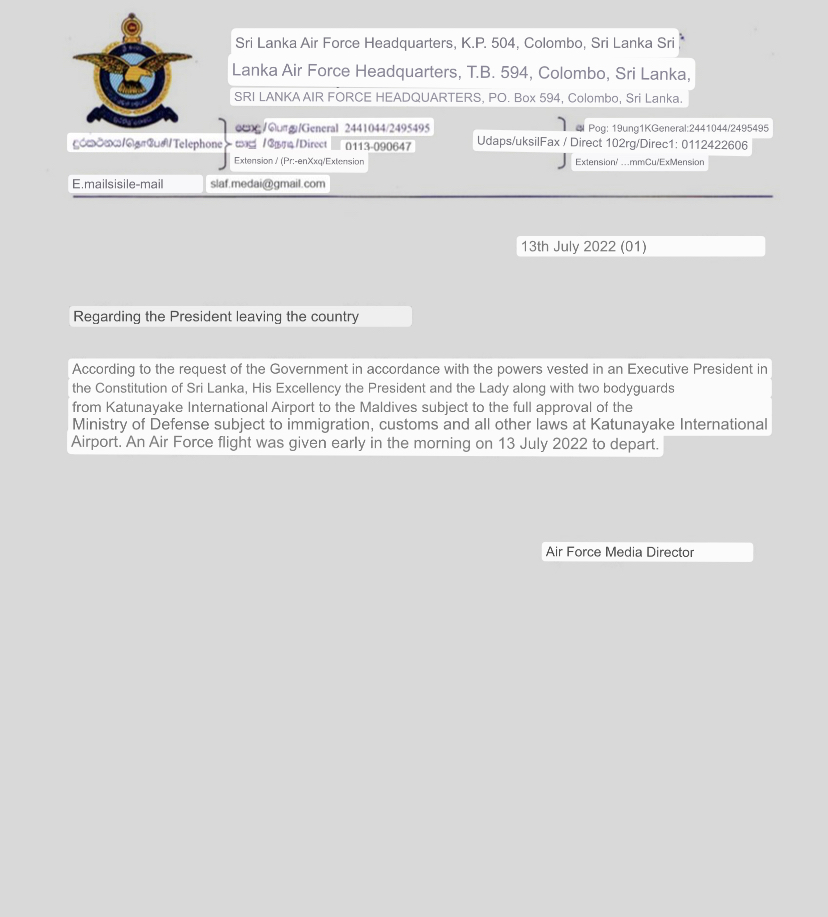 After being turned away from India and the United States, Former Sri Lankan President Gotabaya Rajapaksa along with 15 of his family members including his brother, the finance minister, may have found refugee in Maldives.

Two hours ago, users on Twitter began circulating rumors the former President was bound for Male, Maldives. However, those rumors were refuted by more rumors saying his flight clearance onboard a Sri Lankan Air Force flight was denied. Apparently the flight manifest was falsified and the government of Maldives then denied the request. However, civilians on the ground at the airport spotted this motorcade approaching the arrivals terminal in Male, indicating a receiving party from the Maldives government.

Maldives Majlis Speaker Nasheed reportedly intervened and pressured President Solih to allow the flight to land. It has been rumored that the flight is now scheduled to land at 0250 local and they have departed Sri Lanka. BBC has also confirmed the flight has finally departed, a relief for the former President who has been in hiding since Saturday, when his residence was stormed and set on fire.

Maldives has especially close relations with Sri Lanka and India, countries with which it shares much culture. In fact In June 2009, the then President of the Maldives Mohamed Nasheed made a two-day official visit to Sri Lanka where he met with the then Sri Lankan President Mahinda Rajapaksa, brother of now exiled Gotabaya, and discussed issues of bilateral and regional interest. Mr. Nasheed congratulated Mr. Rajapaksa on eliminating LTTE terrorism.