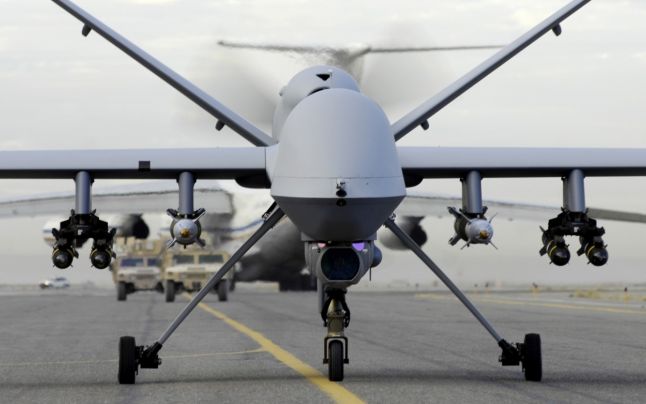 Unofficial reports are coming in from local Romanian media that a U.S. MQ-9 drone has crashed near the 71st Air Base in Campia Turzii, Romania.

Reports of American MQ-9 Crash near the 71st Air Base in Campia Turzii, Romania. No casualties, during a training mission pic.twitter.com/u46zqtxjuY

The information has not yet been officially confirmed by the Ministry of National Defense, but the Minister of Defense Vasile Dîncu said that the incident occurred during a training mission, that the drone crashed in an uninhabited area and that there are no victims.

According to local Romanian media: “The MQ-9 Reaper is a US Army modular reconnaissance and attack UAV. Equipped with a turboprop engine, which allows speeds of over 400 km / h. The drone can carry up to 4 air-to-ground missiles, 4 Hellfire missiles and two Mark 82 laser-guided bombs.It is piloted from the ground by a crew of two operators, has a range of 14 hours, a top speed of less than 500 kilometers per hour and a range of 1,850 kilometers.It has two radars, one of which specializes in the marine environment, and can be armed with a wide range of missiles or laser-guided bombs. For example, it can search for and attack ground targets with up to 14 AGM-114 Hellfire air-to-ground guided missiles. Such a fully equipped drone costs $ 32 million.” Their assessment is generally correct.

The MQ-9 Reaper is apparently from the 25th Attack Group (ATKG), a unit specialized in counterterrorism missions, which previously operated in the Middle East, then began to carry out the first flight missions from the base of Câmpia Turzii in Romania over the past year, in support of ISR missions around Russias invasion of Ukraine.