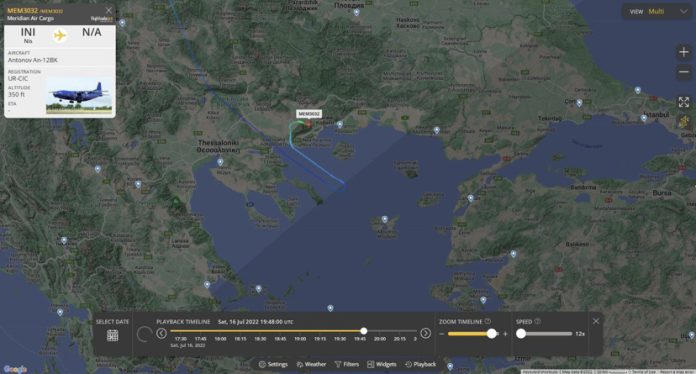 Update (2018 EST): Two firefighters have been hospitalized after inhaling toxic fumes from the nearly 12 tons of “dangerous goods” associated with the Serbian military in what many are postulating as an arms shipment from Serbia to Jordan. Hundreds are without power after a Meridian Air Cargo An-12BK crashed just west of Kavala International Airport in Palaiochori, Greece, about 40 minutes ago. The pilot reported that one of four engines was out and turned around halfway over the Aegean Sea en route from Nis, Serbia to Amman, Jordan. 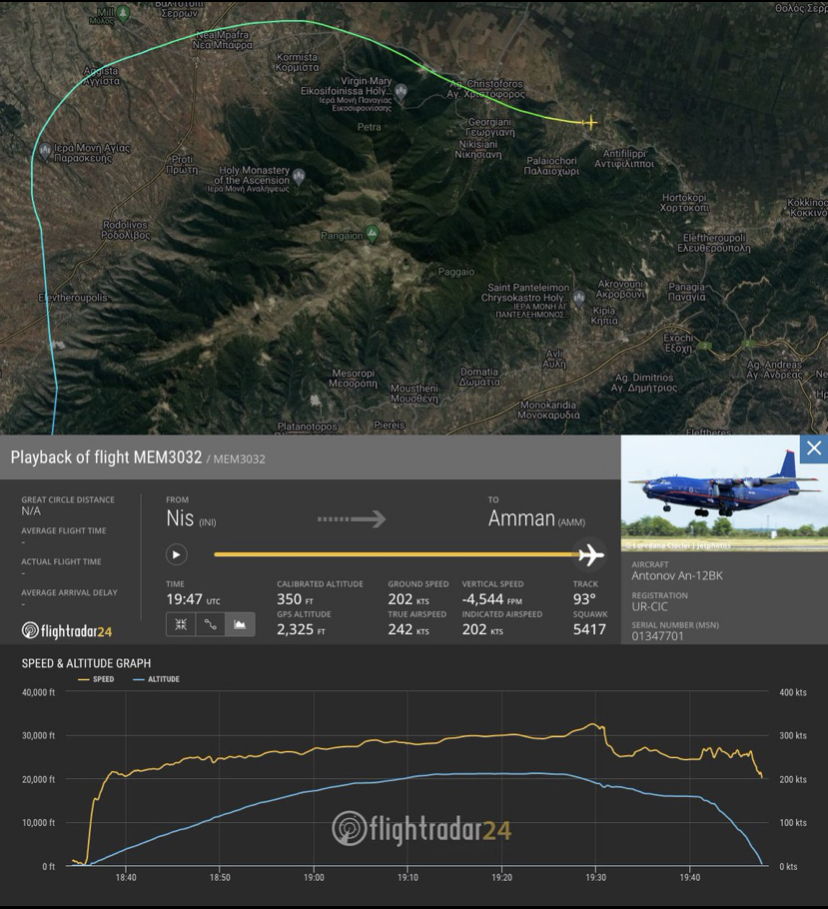 The crash took out several power lines and the status of the crew is not confirmed at this time. However, the resulting explosion does not bode well for them.

More than seven fire departments have been dispatched to the scene and a large cordon has been established to protect the public from burning debris.

Meridian LLC was founded on 11th of July, 2003 and is one of the first private airlines in Ukraine, which has received international status by registering in the ICAO (ICAO Call-sign MEM). The business activity of the Airline is aimed at cargo air transportation on domestic and international routes.

During its performance the Airline has mastered 10 aircraft types. Currently the Airline operates AN-12 aircraft only.

The Airline carries out charter cargo flights around the world, as well as fulfilling contracts with governmental and non-governmental organisations for transportation of humanitarian goods. Meridian closely cooperates with the UN and NATO on the delivery of urgent cargo, including military and dual-use cargo.”

The Antonov An-12 (NATO reporting name: Cub) is a four-engined turboprop transport aircraft designed in the Soviet Union. It is the military version of the Antonov An-10 and has many variants. For more than three decades the An-12 was the standard medium-range cargo and paratroop transport aircraft of the Soviet air forces. A total of 1,248 were eventually built. (Wiki)