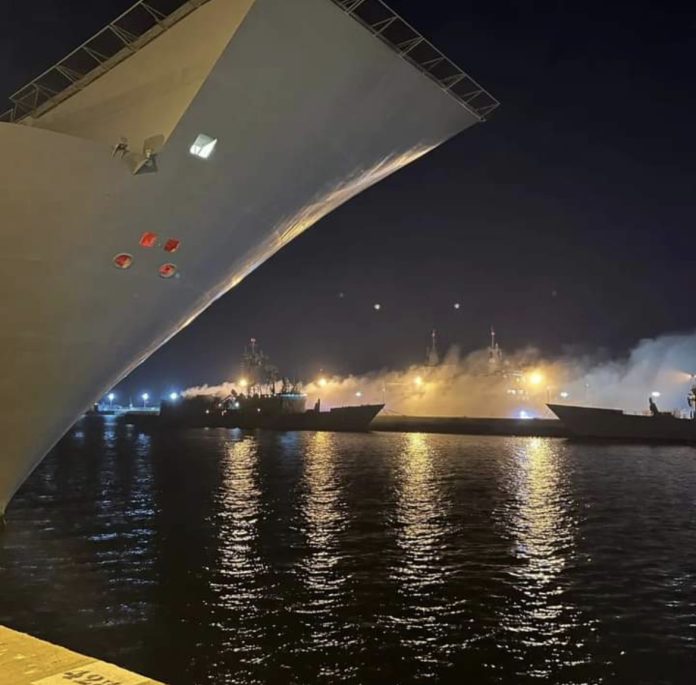 All of these Spanish frigates have the length of the later Oliver Hazard Perry frigates, have a wider beam than the US Navy design, and are therefore able to carry more top weight. Fin stabilizers are fitted.

The fire was first reported at approximately 1700 EST.