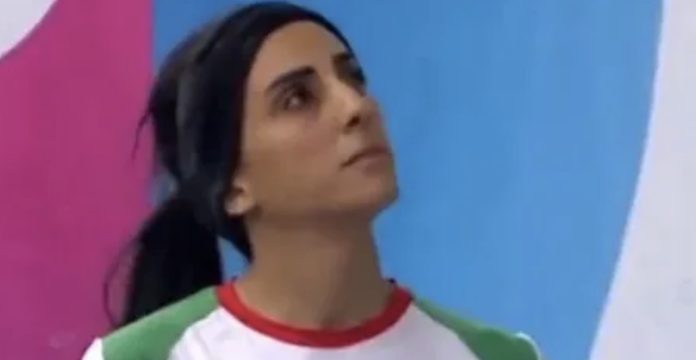 According to IranianWire, Iranian Climber  Elnaz Rekabi has reportedly been abducted from her hotel room in Seoul, South Korea after competing in a climbing competition without wearing a hijab. Her family members confirmed that she has not been heard from since leaving her hotel room last night.

Reza Zarei, the head of the Iran Mountaineering and Rock Climbing Federation, reportedly took her phone and passport, under the guise she would be escorted safely to the embassy for questioning. Zarei, who used to be a member of Iranian Intellience, instead detained her and escorted her to the airport where she was put on a plane for Tehran.

Sources are reporting that she has now been transferred back to Iran with the threat of imprisonment at the Evin prison.

Her family in Iran reported to that publication that her brother was summoned by intelligence officials in the last 24 hours and has not been heard from since.