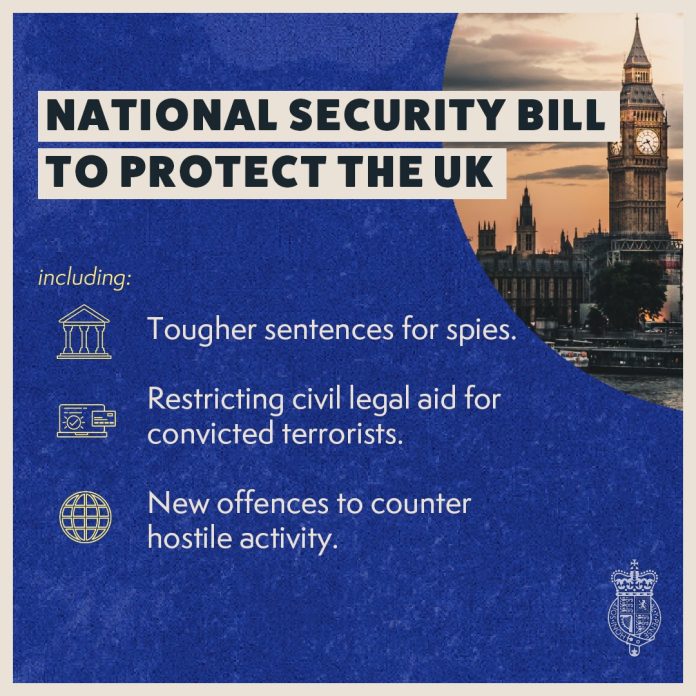 The following amendment to the National Security Bill is aimed at increasing the British state’s ability to identify and possibly thwart hostile foreign influence by requiring all Britons who do business with foreign governments on British soil to register.

(5) A person is controlled by a foreign power if—

(6) In subsection (5) “officer”—
(a) in relation to a body corporate, means a director, member of the committee of management, chief executive, manager, secretary or other similar officer of the body, or a person purporting to act in any such capacity;
(b) in relation to a partnership, means a partner or person purporting to act as a partner;
(c) in relation to an unincorporated association other than a partnership, means a person who is concerned in the management or control of the association or purports to act in the capacity of a person so concerned.

(8) The requirement in subsection (1) does not apply to a foreign power.

(10) A person who fails to comply with subsection (1) commits an offence if the person—
(a) knows, or
(b) ought reasonably to know, that the arrangement in question is a foreign activity arrangement.”

“Unfortunately, there are people working in secret to undermine the UK’s democracy and cause harm to our citizens,” he said.

“For years I have advocated for the establishment of a foreign influence registration scheme to deter foreign powers from pursuing their pernicious aims through the covert use of agents and proxies.

“I am delighted that the scheme we are introducing will help ensure our political affairs are protected, whilst embracing open and transparent engagement with foreign governments and entities which we continue to welcome.”

Britons who do not declare their foreign dealings will face a fine and imprisonment of up to 5 years.

This announcement comes only 5 hours after BBC broke the story that up to 30 former UK Royal Air Force pilots have been recruited by China to help train the People’s Liberation Army Air Force.