Lula Da Silva Projected to be Elected President of Brazil

Lula Da Silva Projected to be Elected President of Brazil 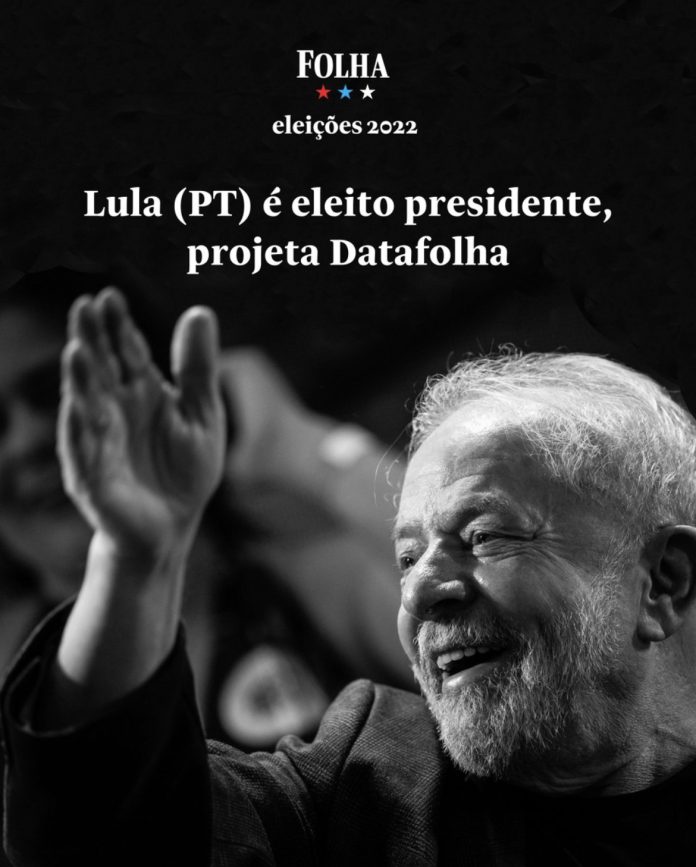 Luiz Inácio Lula da Silva has been projected to be elected President of Brazil with 50.53% of the vote to President Bolsanaro who had 49.47% of the vote with 90% counted at 1835 EST. Brazilian publications are declaring him the winner.

In July 2017, Lula was convicted on charges of money laundering and corruption in a controversial trial, and sentenced to nine and a half years in prison. However, his arrest was nullified after the Brazilian Supreme Court ruled incarcerations with pending appeals were unlawful and that the court that convicted him did not appropriate jurisdiction to do so. His record was wiped clean and thus allowed to run again under Brazil’s Clean Slate Law.

He has pledged to increase direct cash transfers, expand social housing, and introduce a debt forgiveness program. He has also pledged to eliminate the cap on public spending, increase taxes on the wealthy, and strengthen conservation efforts in the Amazon, as opposed to Balsanaro who ran a much more conservative campaign in terms of government spending and social issues.

Luiz Inácio Lula da Silvais a Brazilian politician and former union leader who served as the 35th president of Brazil from 2003 to 2010. He was a founding member of the left-wing Workers’ Party (PT) and ran unsuccessfully for president three times before achieving victory in the 2002 Brazilian general election. He was re-elected in 2006. In May 2021, Lula stated that he would run for a third term in the 2022 Brazilian general election, against the incumbent president Jair Bolsonaro.

His political philosophy is somewhat controversial in academia. In Brazil, liberal is often avoided by leftists because of connotations with pro-business policies during neoliberalism or the military dictatorship. He advocated “socialism of the 21st century”, but lulism is considered to be substantially similar to social liberalism. Although he showed a moderate centre-left liberal tendency economically, he highlighted his closeness with the Bolivarian Republic of Venezuela and negatively evaluated Juan Guaidó during the Venezuelan crisis. (Wiki)

Previous article
Ukraine, Turkey, UN Plan to Provide Protection to Grain Ships, Despite Russian Withdrawal From Deal
Next article
Indications and Warnings Leading to the 2022 Russian Invasion of Ukraine