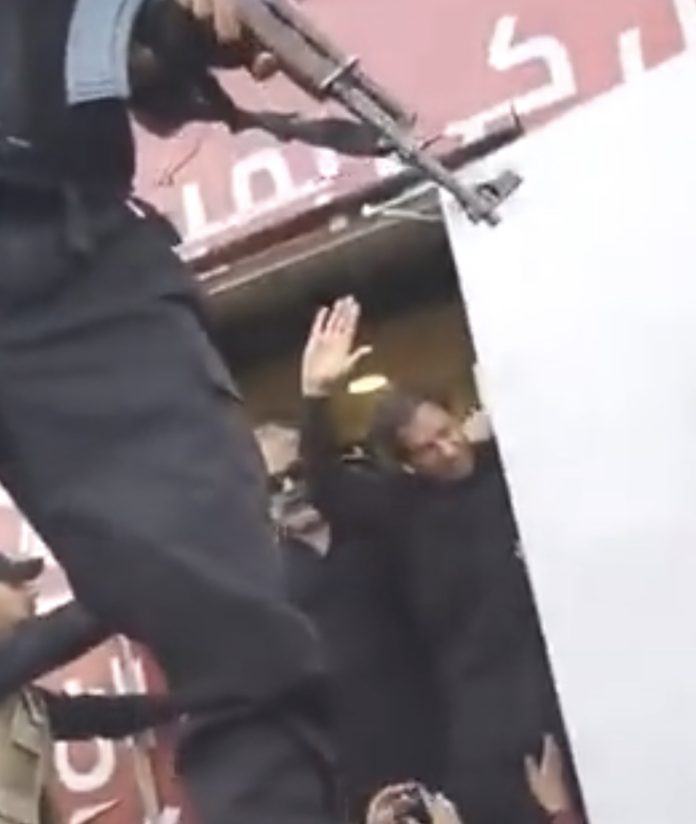 At approximately 0735 EST, a gunman open fired at a political rally in Wazirabad Pakistan. Six were injured including Pakistani Senator Faisal Javed Khan and former Prime Minister Khan. Prime Minister Khan reportedly sustained at least one bullet wound to the leg. The mobile staged was fired upon by the gunman who was standing in the street.

The suspect (pictured below) used an AK-47 which he used to spray the stage. He was immediately surrounded by attendees of the rally and security forces which captured him. During the interview, posted online, the gunman claimed “he just wanted to kill” in a premeditated, but lone wolf attack. However, that information has been refuted by Khan himself, who has told his followers that three others have been detained with the shooter.

Former PM Khan told his supporters that “the fight will go on”. He was originally leading a protest rally regarding his April 2022 ousting through a no-confidence motion. He is the founder and chairman of the Pakistan Tehreek-e-Insaf (PTI), one of the largest political parties in the country.

As of writing this publication, massive protests have broken out in Murdike, Sheikhupura, Karachi, Punjab, Pakistan. Protestors have blocked the entrance to Pakistani Interior Minister Sanaullah’s home. Khan accused Sanaullah and Shehbaz Sharif, the current Prime Minister of Pakistan, of being involved in the plot and vowed a “nationwide protest”. However, Sanaullah called for a cessation of violence and to not “politicize” the assassination attempt.