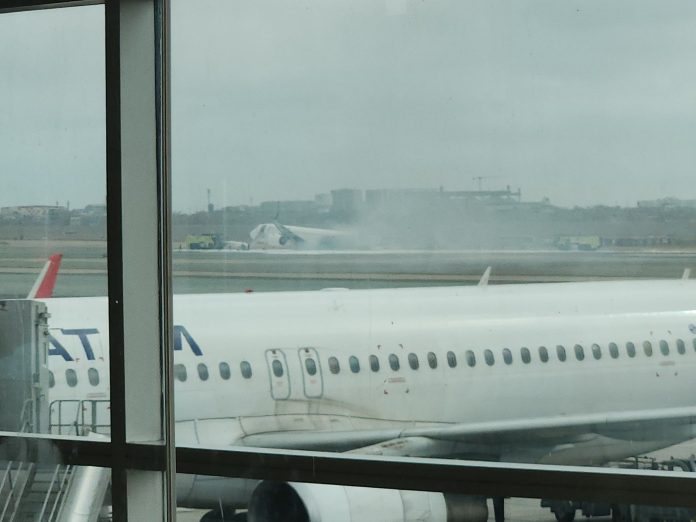 Update (1638 EST): All passengers have reportedly been evacuated from the plane without significant injury.

Several flights have been diverted after a commercial airliner slid off the runway at Jorge Chavez Airport in Lima Peru. Emergency services have reportedly extinguished the blaze and are assisting passengers. The crash occurred at approximately 1530 EST.

The plane apparently struck a vehicle that was crossing the runway, which caused a mechanical failure of the landing gear. Video below:

LATAM airlines has confirmed one of their planes has crashed and an investigation is under way.